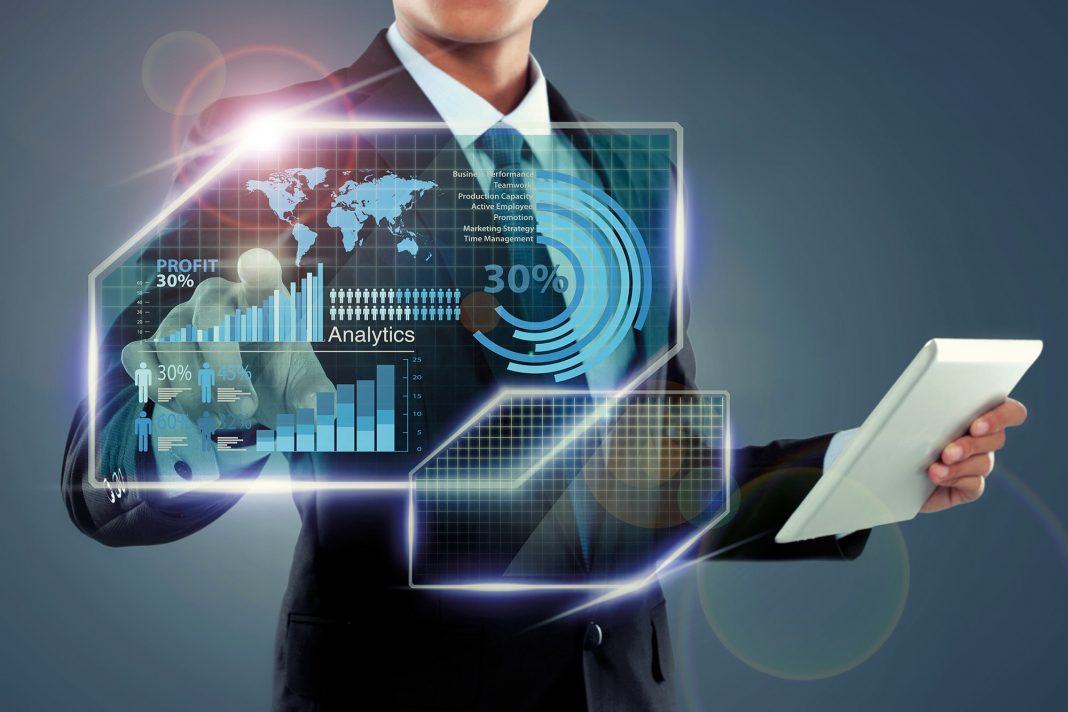 Pressures on corporate boards to address environmental, social, and governance concerns are stronger than ever. The good news is that by investing in these areas even without an immediate commercial payoff, companies can bolster their long-term positions with both the stock market and society.

Companies still need to make sure the ESG issues they tackle will boost profitability over time—otherwise, investors will leave and financial resources will not be available to further serve society. But in serving shareholders, they can also promote a broader set of stakeholders. The choice is not either/or; it is both/and.

Here are guidelines for translating ESG imperatives into action, especially for executive compensation.

Where to Start with ESG—Focus and Priorities

No company, of course, can address all of the many ESG concerns out there, partly because of a simple lack of resources and capabilities. Where to focus? The answer lies in matching two key sets of criteria. Each concern should be relevant both for the business and for major stakeholders, as follows. These actions might not change financial results in the short run but will likely pay off in the long term.

Fig. 1: Factors related to the business

Fig. 2: Factors of importance to one or more major stakeholders

Once a board has identified ESG concerns and evaluates how well each matches the above criteria, it can prioritize its goals. This prioritization should be done with a cost-benefit analysis. The idea is to broaden perspectives so the company promotes sustainability while ensuring the benefits to the company and community outweigh costs. By addressing all stakeholders, a company can boost its long-term risk-adjusted returns—with higher revenues/profits and lower risks, and therefore lower financing charges. This analysis addresses the following questions:

With respect to the last bullet, a company might decide to automate most of the work on a production line—a decision with potentially large financial benefits. To retain the loyalty and engagement of employees, and lessen the harms done to the affected workers, it could take some of those future savings and invest in retraining workers from that line, or at least give them generous outplacement help or severance. These expenses are true investments, not just enabling loyal employees to contribute elsewhere in the organization, but also boosting the company’s brand with future recruits. As investments, they can therefore strengthen society (by providing workers with necessary skills for unfilled jobs) and benefit investors in the long run.

Some companies will address ESG areas directly as part of their normal course of business, such as a hospital chain improving the quality of its healthcare. In this case, both the shareholder-value and stakeholder-focused plans would promote ESG. The latter might add issues such as geographic and financial accessibility for low income families, which may not drive shareholder value, but do serve important community needs.

Prioritizing and focusing on major concerns pays off, as shown in a study by Khan, Serafeim and Yoon. The authors used the Sustainability Accounting Standards Board’s materiality metrics to separate fifty-one ESG issues into material and immaterial ones, given each company’s industry—hence drawing on only our first group of factors. Firms that scored high on materiality in their ESG investments beat the market by a statistically significant 4.8%. Companies that concentrated on the most material items performed better than those that invested across the board or in issues currently in vogue. Investing in secondary ESG issues offered little net return.

Indeed, shareholders benefit as well as other stakeholders from these ESG investments over the long term. Many investors are no longer comfortable with maximizing shareholder value while ignoring social and environmental damages. Boards are seeing rising investor interest in stakeholder issues, so they shouldn’t assume a conflict here—as long as they expect a positive impact on shareholder value over the long term. In a 2020 article, McKinsey reviewed 2,000 studies and found that a long-term stakeholder focus yielded higher equity returns in 63% of cases and lower returns in only 8% of the cases. As noted above, attending to all stakeholders is thus not an either/or, stakeholders vs. shareholders, but a both/and proposition.

Once they’ve settled on an ESG goal or goals, boards need to chart the actions they expect executives to take and their desired outcomes. Boards and executives need visibility into the expected path for addressing ESG imperatives. We list the actions here in ascending order of impact:

A prominent example is the recent step-up by corporations to combat racism in American society. They’ve engaged in public advocacy by lobbying for certain policies at the state and federal levels. They’ve also written substantial checks to non-profits fighting racism. As for direct action, 27 New York-based banking, tech, media, health, and consulting firms recently announced a collective goal by 2030 to hire 100,000 New Yorkers from low-income and diverse communities. The pledge includes providing entry-level positions, apprenticeships, and on-the-job learning at major U.S. companies for 25,000 students from City University of New York.

Some companies will move from one level of action to another over time. A food distributor was concerned about “food deserts”—the absence of full-selection supermarkets in low-income neighborhoods. The company started donating to a nonprofit tackling the problem in one of its major markets. As it learned more about the issue, the company shifted to direct action by using its logistical network to improve access to healthier food. This work has the potential to open up new opportunities for the business as well as boost its brand.

Some companies are racing to put their ESG priorities into executive compensation, while others prefer to first build up their experience with metrics. Some companies have the luxury of time while others do not, with the timing influenced most by the major stakeholders. The prioritization referenced above will inform the areas in which a company should focus its executive compensation program.

It’s important to first consider the total “pie” of compensation and how to best allocate it. Just as a company determines how much total compensation to tie to financial results, it should also set the pay contingent on other variables, including ESG.

Next, the company can hone in on its previously-established ESG priorities and the related achievement measures, including the time period over which each one is best measured. Executive compensation is scarce real estate—boards need to minimize the number of metrics in order to make clear the behaviors and results it wants. Apart from ongoing executive pay, some goals may be better handled in the criteria for promoting executives, company-wide recognition, or spot bonuses (an approach that Carlyle recently used).

So far, boards have incorporated ESG metrics mainly in their annual bonuses. Some plans assess reductions in carbon emissions, for example, or the increase in under-represented employee populations at executive levels. These goals reflect the annual improvements needed to achieve a company’s longer-term ambitions. Inclusion in the bonus plan often means that a fairly broad group of employees are tied in to these goals, which has the benefit of coalescing the workforce.

Yet in practice, only five to ten percent of the total bonus might be allocated to these goals, a small fraction of executive compensation. Not only do long-term incentives make up a larger proportion of executive pay, but progress on most ESG goals is better measured over multiple years. Many ESG metrics are best evaluated qualitatively, and therefore especially difficult to shoehorn into the annual bonus or even a three-year plan.

A better approach may be to create a new framework for compensation, with two separate incentive plans. One plan would match what most companies have now, emphasizing shareholder value and focusing on financial metrics, with annual and long-term programs. The second plan would emphasize ESG factors and signal a whole of organization commitment, even if the plan’s dollar value was less than that of the shareholder value plan.

The second plan would tackle long-term sustainability and creating value for major stakeholders. By focusing on ESG metrics that satisfy the requirements outlined above, it would also serve investors in the long run. It would generate awards only from clear stakeholder improvements, with downward adjustment if other stakeholders suffered material harm.

Boards could still retain discretion to supersede the metrics as appropriate, and share-based awards would subject the payments to variable accounting. To maintain credibility, boards might draw on third parties to evaluate their use of discretion. The goal is to address deep-seated imperatives, not to fix what is easily measured.

This second plan could reside in either an annual, a three-year, or a longer plan, or a combination of these. Given the lengthy timeframes needed to evidence ESG results, annual awards should focus on short-term milestones. A board would start by considering the totality of incentives and how significant the ESG factors are for their business, assigning a weighting that might lead to these awards being no more than one-fifth of the total incentives. The weight of this plan would be higher or lower depending on the magnitude of the ESG-related risks and the opportunities that are at stake.

Especially for multi-year programs, this second incentive plan should be aligned with the corporate purpose or mission. Mission statements often include ESG imperatives and are a better foundation for long-term compensation because those imperatives continue even as business models and strategies change with evolving markets and technologies.

Many boards may be uncomfortable with making room for an entirely new incentive award. Instead, they can tie ESG goals to an existing time-based program for restricted stock unit (RSU) awards. Time-based RSU awards help to align executives’ interests with investors’ by increasing the former’s ownership of shares over multiple years—but are often criticized for awarding shares regardless of the executive’s or company’s performance. By adding a modifier to the award based on stakeholder metrics over that time horizon, the award respects both shareholder and stakeholder priorities. A prominent technology company, for example, has considered adjusting +/- 20 percentage points to its standard RSU awards according to performance against priorities on environmental impact and diversity and inclusion.

Boards are under pressure from many stakeholder groups, supporting a wide range of causes. Rather than try to address all causes or the most popular ones at a given point in time, a company needs to focus on causes with which its capabilities and stakeholders are most aligned. That’s especially important in adding ESG criteria to executive compensation, which may in turn require a new structure for compensation. Only by combining investor and stakeholder concerns can companies effectively serve the needs of society.