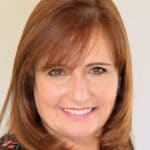 It is clear that there’s a huge gender gap in business leadership positions, in particular on boards of directors, and that the process to create a critical mass of women in governance is very slow.

However, at this point, we need to leave the diagnostic stage and focus instead on effective tactics. And, although in many cases the results are small, they are not without value, as they offer a concrete basis to straighten out a historical problem.

In Latin America, organisations exist within a social and cultural environment where gender parity is conditioned by multiple factors that directly or indirectly affect the business. These include, for example, local and transnational corruption (the Panama Papers, Lava Jato, Odebrecht), the shadow economy and paternalism. In order to achieve anything close to international standards in the medium term, we must identify the barriers that stand in the way of advancing women to decision-making positions. These must be overcome with creative and effective tools that often emerge from local entities. Only by taking into consideration the specific situation of each country and by working side by side with the local actors will it be possible to accelerate the representation of women in senior management.

Opportunities in the short and medium term

In an emerging region where many countries struggle with instability, unemployment, underemployment and poverty, opportunities for women are limited in both the public and private sectors. So, what’s the best way for women to progress to senior management positions?

At a high level, there is a great opportunity in stock exchanges of individual countries to lead the charge in their listed companies. For five years, the United Nations has carried out a gender awareness initiative on International Women’s Day (8 March) called ‘Ring the Bell for Gender Equality’ where women ring the bell in the world’s stock exchanges. In 2019, more than 80 countries rang the bell but in Latin America only the stock exchanges of Argentina, Brazil, Chile, Colombia, Costa Rica, Mexico, Panama and Peru took part.

Experts in business ethics consider that the tone at the top is the decisive factor that shapes the organisational culture to prevent fraud and other unethical practices. Recent studies have concluded that women are more risk averse to violating norms and policies. This confirms that having more women in compliance can strengthen governance. And, because of the type of experience and training women acquire in compliance, this is an excellent way to get them to the organisation’s board of directors. Other spaces where there are opportunities to advance women to leadership positions are:

■  In family-controlled companies, women who are part of the boards of directors are usually members of the controlling family. In this case, nepotism, normally considered negative in other circumstances, has proven to improve the statistics

It is known that nepotism is practiced openly in family businesses. The reason given by those who practice it is that they need trustworthy and loyal people to occupy key positions. This power, however, is usually exercised in favour of men and to the detriment of women.

In family businesses in Latin America, on average 69 per cent of the company’s shares are held by the controlling family. In many of these organisations there are only 10 per cent of women on their boards. Mexico has an even lower representation of just four per cent. Although nepotism sends the message to the rest of the organisation that merits and professional effort are not enough to achieve managerial positions, in this article we look at the advantages of practicing it and as a way to advance women to leadership positions.

The advantages of nepotism

According to the arguments in favour of nepotism offered by the companies that practice it, it offers a competitive advantage as the children grow up surrounded by the vicissitudes of the business, day by day; they breathe in a large amount of idiosyncratic knowledge that is not taught in universities or business schools and this is how they naturally become potential candidates to take on the helm of the organisation.

In addition, when faced with a crisis, it is considered more likely that a family member will be willing to make the necessary sacrifices to preserve family assets. A family member can also be the most appropriate person to understand the responsibility of maintaining the family brand and the relationships with the different stakeholders built up throughout the history of the company. Let’s look at how we can limit the negative consequences of nepotism and continue validating a meritocratic organisational culture:

■  Ensure the proper preparation of the next generation that will take over the company through planning, education, training and experience so that the succession is seamless at the time the founders decide to retire or a force majeure situation arises

■  Require that family candidates work certain amount of time outside the organisation to obtain experience in the real world and acquire competitive skills. This requirement is intended for family members who plan to enter the company to demonstrate their own merits which put them on an equal footing with non-family managers

■  Establish meetings facilitated by external professionals to create a space for objective debate around interests, personal relationships, and proper handling of family conflicts so that they don’t contaminate the organisational environment

■  Maintain a clear separation of roles and act from the appropriate one at each moment. This aims to avoid conflicts that arise when the roles of owner, father/mother, boss, etc, are mixed at the time of decision-making

Given the worldwide trend towards a higher graduation of women than men with university degrees, it is clear that we have moved away from the time when women’s main role was to marry and have children while men were preparing to inherit the management of the family business. Nowadays, with the high level of competitiveness present in every market, any company that seeks to grow and succeed must consider 100 per cent of the available talent. As the vast majority of boards (both in family businesses and large corporations) are usually homogeneous, bringing women on board contributes to create value and sustainability in the organisation. They offer a different perspective and different traits:

As board members, women could mitigate the risk inherent in high concentration of power

The concentration of ownership in Latin America allows certain majority shareholders to manage the business and make decisions that negatively affect minority shareholders. In listed companies, it is mandatory to mitigate this imbalance with the participation of independent directors. These have become a strength of corporate governance. Their mission, like any director, is to work according to the company’s objectives. However, it is more likely that by not having commitments or links with any specific power group, they will tend to act objectively when decisions involve conflicts of interest. At the same time, independent directors function as a mitigating element of the accumulation of power.

In this sense, independent directors become the main supervisors of the administration of the company, being able to disagree when they deem it necessary and to initiate actions to bring transparency to any administration practices.

Any company wishing to professionalise its governance system should opt for the incorporation of women as independent directors. As we saw earlier, they will provide a greater diversity of perspective since they constitute the least represented gender on current boards.

Going back to listed companies and according to different legislations, the independent directors are responsible for committees such as audit, compensation and remuneration among others. Here again we find opportunities for companies to create a pipeline of women who can access the highest decision-making positions.

In addition to the mandatory and statutory committees, a company can create specific committees to resolve certain aspects needed to carry out the strategic plan. This is achieved with internal and external experts.

A concrete example took place with one of my clients – a family business. After the directors were evaluated, the company decided to professionalise its governance system. In order to achieve this, we had to strengthen the board of directors and reorient the work in certain weak areas. To this end, we created ad hoc committees to bring the new generations to the decision table so we could test 100 per cent of the company’s talent. We opened the doors to family and non-family women who proved to the organisation that they had the capacity and experience to contribute to the board.

In today’s dynamic marketplace, it is a must to form dynamic corporate governance systems made up of polymaths. That is, individuals who have competencies and knowledge in diverse fields of science, the arts, or the humanities and are able to cover the diversity of tactical and strategic challenges that businesses demand.

The goal is for these people to strengthen the company’s potential, to balance risks associated with organisational complexity and make the company sustainable. If an organisation wishes to stay competitive, 100 per cent of the talent pool must be part of this equation. Including women fosters a broader and more flexible perspective to deal with the high demands of the current VUCA (volatile, uncertain, complex, and ambiguous) environment – and especially in Latin America, where women are an increasingly influential consumer.