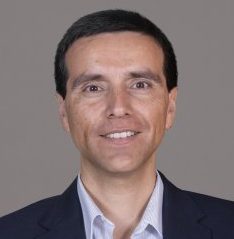 Because of limited liability, bank shareholders often prefer banks to take high risk, to the detriment of depositors and the stability of the banking system. Using data on the performance of U.S. banks during the Great Depression, we find strong evidence that increasing shareholder liability can be an effective tool to reduce bank risk taking and distress. Our results are relevant for current initiatives to increase bank stability.

Since the beginning of modern banking in the early 19th century, policy makers and regulators have tried to rein in bank risk. One often-used tool was to force bank shareholders to face some form of additional liability. From 1817 onwards, shareholders in most U.S. banks had so-called “double liability.” Double liability stipulates that, in case of bank failure, the banking supervisor levies a penalty on shareholders (up to the par or paid-in value of their shares) that is used to satisfy the bank’s depositors and other creditors. This system remained the norm until 1933, when the American banking system was restructured. All else equal, double liability should reduce shareholders’ risk taking preferences, potentially reducing bank failures.

While most U.S. states required double liability for shareholders of their state-regulated banks, some states used “single” (i.e., limited) liability. This allows us to compare the performance of state-regulated double and single liability banks that were geographically close and similar in size. We collect data on four dimensions of distress: permanent suspensions, acquisitions (which were frequently used to resolve bank distress during the Depression), temporary suspensions (which typically led to a recapitalization), and “troubled raising” (issuing new equity to replenish capital).

Banks with single liability did not have higher leverage or lower cash holdings right before the Depression. This indicates that their higher failure rates during the crisis were not due to more risk taking in these observable dimensions. Instead, the higher failure rates might have been due to the extension of riskier loans before 1929, or to more “gambling for resurrection” once banks sustained their first losses. The perception of greater risk (whether true or not) and a weaker capital position might have also led to more runs on single liability banks.

We carefully investigate whether the U.S. states in our sample differed on other regulatory dimensions that could explain our results. Although bank regulation varied from state to state, it was not systematically weaker in states with single liability. Our results are also not explained by Fed membership, being located in (central) reserve cities, other location characteristics, or self-selection into State vs National banks. As an additional control for local shocks, we use federally regulated (“National”) banks operating in the same states. These banks faced uniform regulations, including double liability, everywhere. Our conclusions hold up when we account for differences in National bank distress rates across states.

Our findings are important for at least two reasons. First, since the Global Financial Crisis of 2008, there have been ongoing efforts to make the banking system safer. One focus has been on raising capital requirements, in part to incentivize shareholders to reduce bank risk taking. Research on this idea has been hampered by the fact that there is little cross-sectional variation in capital requirements within countries, and by the difficulty of separating the incentive effect of additional capital from the mechanical effect of higher capital buffers on bank failures. Because double liability’s penalty payments become available only after a bank fails (and therefore do not directly change its solvency), our study isolates the incentive effects of increasing shareholders’ downside exposure. Our findings indicate that capital requirements stabilize banks not only by increasing capital buffers, but also by improving bank behavior.

Our results also speak to proposals to increase the downside exposure of decision makers in banks through, for example, deferral requirements and clawbacks in executive pay. Several prior studies have shown that aligning bankers’ incentives with limited liability shareholders, without additional downside exposure, causes excessive risk taking, hiding of losses, and less equity issuance. Our results suggest that exposing bankers to additional downside risk would likely be effective. During our sample period, bank managers and directors typically held substantial bank equity, so double liability significantly amplified their exposure.

The second reason our results are important is that, even though the Great Depression has been analyzed widely, the causes of this largest banking crisis in U.S. history are still debated. Our paper contributes by showing that greater risk taking incentives by single liability banks significantly magnified the severity of the crisis.

An important question is whether increasing shareholder liability would still be effective today. One key difference between then and now is that bank shareholders in the 1920s were less dispersed. Moreover, bank managers were typically also large shareholders, reducing the distance between shareholder liability and decision-making authority. We therefore conjecture that the effect we document mainly comes from double liability increasing bank directors’ and managers’ skin-in-the-game. This leads us to conclude that current proposals to increase the downside exposure of banks’ key decision makers are likely to increase bank stability.