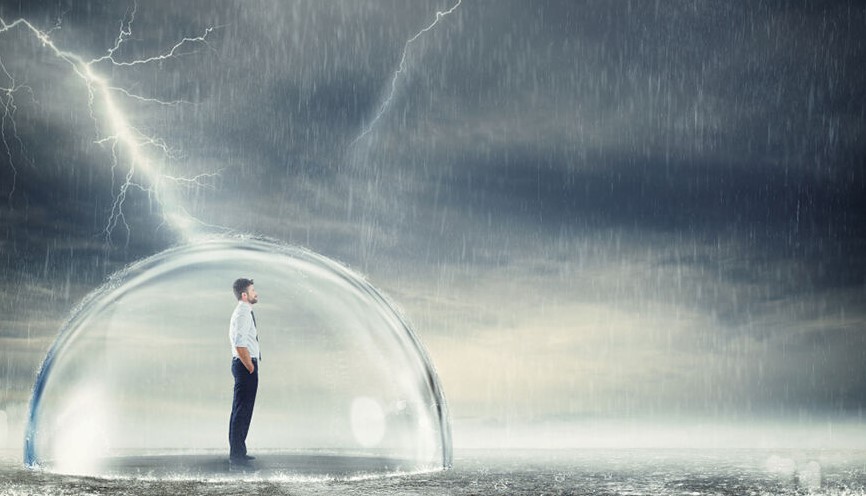 The hot button topic in both the investing world and the D&O insurance world these days is “ESG.” Setting aside the fundamental problem that nobody actually knows what ESG is, there is the inextricably related problem that the D&O claims risk concerning ESG is fundamentally misunderstood. The current basic premise in the D&O insurance world is that companies that are “good” on ESG (whatever that means) represent better D&O insurance risks. Yet, as I have documented in numerous posts on this site (most recently here), it is not necessarily the ESG laggards that are getting hit with D&O claims; in many instances, the claims are in fact being filed against companies that are proactive on ESG issues.

To be sure, climate change activists and other have tried to use litigation to advance their agendas, particularly in Europe. The activists’ litigation targets are not just the companies named as defendants in the lawsuits but also decision-makers in government and in business, as the activists seek to influence behavior and outcomes. European activists have notched some notable successes, for example in the Netherlands, where in May 2021 the activists scored a high-profile ruling in Friends of the Earth Netherlands (Milieudefensie) v. Royal Dutch Shell plc, in which Shell was ordered to reduce its global annual volume of CO2 emissions by 45% by the end of 2030. (Shell is appealing this ruling.)

The activists’ successes, largely built on arguments under their home jurisdiction’s laws that protection from climate change is a fundamental right, have emboldened the activists to focus their attention on the businesses they consider to be the biggest contributors to climate change – starting first with energy companies, and then moving on the financial services companies.

But while there have indeed been targeted claims seeking to compel companies to take more robust actions on climate change and other ESG-related issues, the bulk of the recent litigation, particularly in the U.S., has involved companies that actually took the ESG initiative but who allegedly fell short of targets or failed to match aspirations with actions.

A recent example of this phenomenon is the November 2022 securities class action lawsuit filed against wood products company Enviva, which promotes itself as growth-oriented environmental, social, and governance (ESG) company. The lawsuit follows publication of a short seller report that, among other things, characterized the company as “the latest ESG farce” engaged in “textbook greenwashing.”

This complaint is not the first to raise securities fraud allegations based on supposed greenwashing. There have been prior securities complaints based on similar allegations, even if not expressly referred to as greenwashing. For example, as discussed here, in May 21, 2021, a plaintiff shareholder filed a securities class action lawsuit against biodegradable products company Danimer Scientific alleging, among other things, that the company’s claims about its product’s biodegradability  were “exaggerated and misleading.”

By the same token, in recent months shareholder claimants have initiated securities class action lawsuits against, for example, Unilever (discussed here) and Wells Fargo (discussed here) based on the companies’ ESG activities. The lawsuit against Unilever relates to the social activism of its ice cream subsidiary, Ben and Jerry’s, on issues pertaining to what the subsidiary characterizes as Israeli occupied territories. The lawsuit against Wells Fargo relates to adverse publicity that followed revelations about the company’s poor execution of its diversity, equity, and inclusion initiative.

Similarly, the SEC’s ESG Task Force recently has filed enforcement actions relating to, for example, a company’s assertions in its Sustainability statement about its mining dam safety (discussed here) and an investment fund’s claims about its “green” investing options (discussed here).

As the foregoing examples show, it may be that companies taking the ESG initiative are not necessarily better D&O risks. As if that possibility were not enough to confuse things concerning ESG, an anti-ESG backlash has now developed.

As I noted in a recent post (here), as many as 17 states have adopted or proposed anti-ESG legislation. This legislation limits the ability of state governments, including public retirement plans, to do business with entities “boycotting” industries based on ESG criteria or considering ESG factors in their investment processes. In addition, politicians in, for example, Florida, are actively seeking to get political mileage out of criticizing ESG activists and by divesting state investments from funds taking an activist ESG approach.

The anti-ESG movement is not limited just to legislation. There has now also been litigation. A conservative think tank (and shareholder of Starbucks) recently  filed a breach of fiduciary duty lawsuit against directors and officers of Starbucks alleging that the company’s diversity, equity and inclusion program violates state and federal civil rights laws. The complaint alleges that the defendants’ action in adopting and implementing the program create corporate liability and violate the individuals’ fiduciary duties.

In yet another manifestation of this anti-ESG backlash litigation, a nonprofit group has filed an action against the pharmaceutical giant Pfizer based on the company’s sponsorship of a foundation offering fellowships aimed at Black, Latino, Native American and other minority candidates, as discussed here. Specifically, the complaint alleges that the company is “blatantly discriminating against white and Asian-American applicants” in violation of the provisions of the Civil Rights Act.

The emergence of the anti-ESG backlash further complicates the circumstances for companies as they grapple with the need to address ESG-related issues. Companies that have been pushing to burnish their ESG credentials could now find themselves caught in the middle of a politically charged firestorm. As one law firm put it in a memo about these developments, companies may be “damned if you do and damned if you don’t.”

The working assumption in the D&O insurance industry is that underwriters should be trying to figure out if companies are “good” at ESG based on a generalized theory that a company’s ability to demonstrate ESG virtue means that the company is a better D&O risk. This theory may be valid, but at the same time some other considerations also need to be considered.

First, as suggested above, it may be a company’s very ESG initiatives that attract litigation. And second, a company making high-profile claims about its ESG credentials could get caught in politically complicated circumstances that could mean adverse or at least complicated publicity, disruption of company operations, and even D&O claims. Finally, if companies’ ESG-related efforts fall short of aspirations, the companies could well face scrutiny and even litigation.

ESG issues could come into sharper focus in 2023 when the SEC releases the final version of its much-anticipated climate change disclosure guidelines. The guidelines, which the agency first proposed in March 2022, would require all registered companies, including foreign issuers, to make specified disclosures related to climate change and greenhouse gas emissions in their registration statements and in annual SEC filings (such as reports on Form 10-K). The agency’s consideration of the proposed rules was delayed in Fall 2022 due to technological issues and the sheer volume of comments. The rules, if adopted, undoubtedly will face significant political and legal challenge. However, to the extent the rules are in fact adopted and survive challenge, they could subject reporting companies to climate change disclosure scrutiny and potentially even legal claims. In short, it seems likely that the storm surrounding ESG issues will continue in 2023.