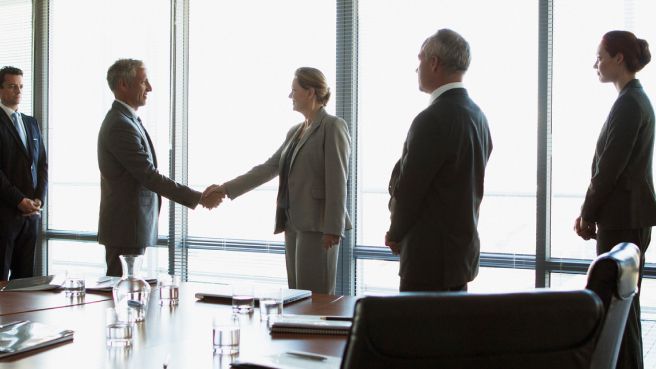 As businesses race to catch up with the global ESG (environmental, social, and governance) movement, M&A has become a critical tool for those looking to speedily revamp traditional business models.

In particular, global energy players, many of which have set out ambitious decarbonization commitments within their ESG agenda, are now under the most intense public scrutiny when it comes to their net-zero strategy, and are using M&A to help reach their goals.

Governments are ramping up pressure as well. Just this month, the US Securities and Exchange Commission proposed new rules requiring public companies to disclose their risks related to climate change and their greenhouse gas emissions. Should the SEC’s proposal become law, it will increase transparency for investors, adding data-driven pressure to move to cleaner alternatives. M&A will surely be on the table as a fast-track solution.

One example is the US$2.3 billion acquisition of Spanish solar and wind developer Eolia Renovables by French utility giant Engie and lender Crédit Agricole, announced in November. The transaction gives the buyers control over 899 MW of operating solar and onshore wind farms and a 1.2-GW pipeline of projects, helping Engie reach its target of 50 GW of renewables capacity by 2025.

Crédit Agricole Assurances, meanwhile, aims to double its investments in renewable energy to enable an installed capacity of 11 GW.

The acquisition of renewable energy residential retailer Inspire Energy Capital by Shell New Energies US, a Shell subsidiary, announced in July, is another example of an energy leader snapping up a niche renewables firm. The deal—which did not have a disclosed deal value—is part of Shell’s strategy to build and scale renewable and lower-carbon businesses with a target to become a net-zero emissions energy business by 2050.

Investment in renewables is coming not only from energy firms under pressure to decarbonize. Private equity firms, particularly European ones, are increasingly targeting the renewables space due to the high returns on offer.

Spanning a wide range of carbon-intensive industries from automotive to packaging, industrials is another key sector for the global net-zero effort. In the North America industrials sector alone, 118 deals referenced ESG or sustainability initiatives in their announcements between January and November of 2021, making it the most active sector in terms of ESG dealmaking.

Responsible for an estimated 38% of energy-related carbon dioxide emissions, the building and construction industry is similarly central to the global net-zero mission. The industry’s carbon footprint is expected to double by 2060, according to the World Green Building Council.

Construction chemicals (chemical formulations mixed with concrete, cement and other materials to improve durability and performance) are increasingly seen as enablers of sustainability, and their contribution to the net-zero agenda is fueling dealmaking.

In November, Swiss construction chemicals group Sika acquired industry peer MBCC Group for US$6 billion, with the stated aim of accelerating the sustainability transformation within the construction industry.

Sustainability was also the driver of French construction materials firm Saint Gobain’s US$2.4 billion purchase of US-based GCP Applied Technologies. According to Mark Rayfield, CEO of Saint-Gobain’s North American subsidiary, the deal, announced in December, will enable Saint-Gobain to be a “meaningful part of decarbonising cement on a global scale.”

Improving sustainability in the plastic packaging industry is also critical if net-zero targets are to be achieved. According to research conducted by Google, if global plastics production continues at its current rate, the world will mismanage 7.7 gigatons of plastics over the next 20 years—equal to 16 times the weight of the entire human population.

Stringent national targets are being set in order to improve sustainability within the industry. The US Plastics Pact, a consortium led by The Recycling Partnership and World Wildlife Fund (WWF), recently published a national strategy to ensure all plastic packaging will be reusable, recyclable, or compostable by 2025.

Manufacturing firms are responding to the pressure. In January, US manufacturing firm Jabil acquired Ecologic, which specializes in paper-based packaging solutions. (The terms of the deal were not disclosed.) Ecologic’s products are used by global consumer brands such as L’Oréal and Seventh Generation to meet their sustainability goals.

Given their focus on high-growth assets, it is unsurprising that blank check companies, or SPACs, are increasingly targeting firms linked to the energy transition.

US-based Decarbonization Plus Acquisition Corp. has been particularly active, listing five SPACs since October 2020, three of which have completed de-SPAC mergers. Their first fund merged with Hyzon Motors, a supplier of hydrogen fuel cell-powered commercial vehicles, while the second merged with EV charging firm Tritium, and the third with EV battery producer Solid Power—all three transactions were announced within the space of a year.

Across the Atlantic, US-listed SPAC Spartan Acquisition Corp III merged with Netherlands-based Allego, which operates a pan-European EV charging network. The deal, which valued the company at US$3 billion, was announced in July.

Although Mergermarket numbers show that the majority of M&A deals driven by ESG considerations have been due to concerns and regulatory issues around decarbonization and the environment, social and governance issues could have a greater impact in future deals.

New regulations in Europe will make these issues more pressing for dealmakers. In 2017, France adopted the Duty of Vigilance Act, and last year, the German parliament passed the Supply Chain Act. Both require large companies to undertake due diligence around human rights and environmental issues across subsidiaries and through their supply chain. The Supply Chain Act will come into effect next January for companies with more than 3,000 employees.

These changes have already had some impact in the M&A landscape. When UK-based Unilever auctioned off its tea business last year, it faced questions around working conditions in the tea plantation it owns and operates in Kenya. News about those issues led two PE bidders to drop their play for the business unit, renamed Ekaterra, which owns brands including Lipton and PG Tips. The company ultimately agreed to sell to PE firm CVC for US$5.1 billion, although the deal is still pending regulatory approvals.

With an increasing number of businesses pledging to significantly reduce their greenhouse gas emissions by 2025, and greater scrutiny of business impacts on people, time is running out to build the necessary capabilities.

The journey to net-zero is set to span decades, and companies and investors will need to adopt a long-term strategy over short-term thinking to achieve their goals. M&A’s relevance will continue to grow, becoming a critical component of business strategies as companies implement their decarbonization plans.

In the meantime, social issues will continue to climb in the agenda, especially as regulatory changes imposing an obligation to vet supply chains come into force.