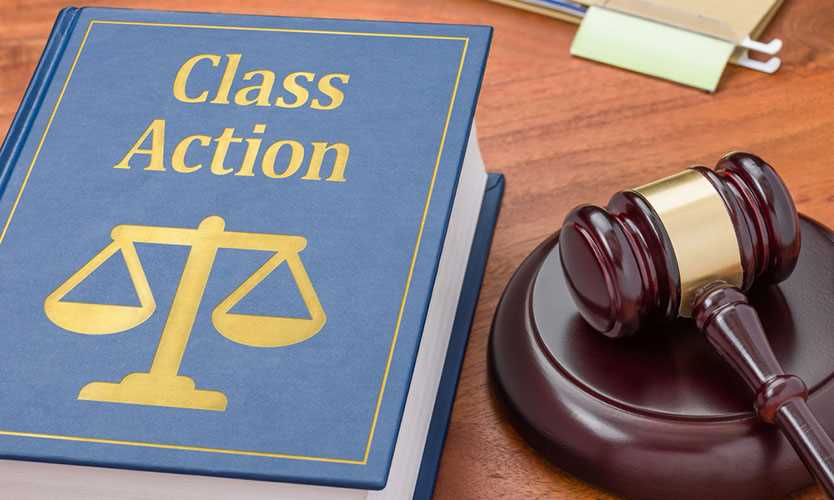 When a publicly-traded company releases misleading information that distorts the price of the company’s stock, investors who purchase at the inflated price suffer harm from the misleading information when it is corrected. Under Rule 10b-5 of the Securities Exchange Act of 1934, investors may bring a private cause of action against corporations and their officers who make materially misleading statements on which the investors rely when buying or selling a security.

Litigation can benefit investors by deterring managers from committing fraud. Discouraging fraud can improve market efficiency and various corporate governance mechanisms that rely on accurate securities prices. In an individual lawsuit, however, while the deterrence benefit accrues to all investors, the plaintiffs must bear the entire cost of the lawsuit. The class action mechanism provides a collective solution to the disincentives discouraging investors from bringing a securities fraud suit. In a class action, a collectivizing agent, the class representative, represents the interests of the class. Individual class members do not need to expend their own resources to obtain a recovery. Indeed, they do not even need to pay attention to the litigation until a settlement or a judgment is reached. All they need to do is submit a claim form once the litigation is concluded.

The class action ameliorates the collective action problem facing dispersed investors to litigate claims and achieves the benefits of potential economies of scale, but the societal benefits of securities class actions can be questionable. Particularly troublesome are suits alleging that corporate defendants have made public disclosures that distorted the price of the company’s securities in the secondary market, but the company itself did not profit by selling securities. These “open market” fraud cases are the lions’ share of suits against public companies. Investors who transact with other investors can recover from the company under Rule 10b-5 for their trading losses under the typical “out of pocket” measure of damages. Their counterparties, investors usually unconnected to the company other than through share ownership, make corresponding trading profits. The immediate, net social cost of these trades may be zero, but for companies with large trading volume, Rule 10b-5 damages in a class action can be enormous even when the company (or its managers) have not directly profited from the misleading disclosure.

These outsized potential damages can encourage nuisance litigation, even with little or no indication of fraud. Even when a company has not made a materially misleading disclosure, or at least not done so intentionally, the company may be willing to settle not only to save the costs of defending the suit, but also to avoid even a small possibility of being found liable. If companies have an incentive to settle nuisance litigation, opportunistic plaintiffs’ attorney firms will have an incentive to file such suits to exploit this corporate vulnerability. Even if securities class actions overall produce social benefits from deterrence and more accurate securities prices, the outsized damages available for open market fraud cases under Rule 10b-5 may lead to social costs of litigation exceeding the social benefits in some cases.

Many of the developments in Rule 10b-5 legal doctrine over the past several decades have focused on how to filter out nuisance litigation while allowing meritorious litigation to proceed. Doctrinal reforms to Rule 10b-5 implemented by both Congress and the courts – most notably the Private Securities Litigation Reform Act of 1995 (PSLRA) – have attempted to filter out nuisance litigation. These reforms, however, have had only limited efficacy in more precisely distinguishing meritorious suits from frivolous ones.

Direct shareholder control through voting can potentially deliver increased accuracy in distinguishing between nuisance and meritorious litigation. More generally, direct shareholder control may help align the decision whether to allow securities class action litigation with the choice that would be made by the socially optimal decision-maker. The growth of institutional ownership, the rise of activist investors, and the increasing influence of proxy advisory firms all support a bigger role for shareholders in controlling securities class actions. Shareholder voting is not a panacea, however; some institutional shareholders may use voting as a form of marketing “cheap talk,” while others may have the “wrong” incentive, based on their relative stakes in the company and the lawsuit, in either voting for or against a class action. The goal of our proposal is to allow suits only when the net social benefits from litigation exceed the net social costs.

Shareholder voting on securities class actions can help distinguish suits that enhance social welfare from those that diminish it. Currently, judges decide whether to allow a securities class action to go forward at various stages in litigation, with the motion to dismiss being the most important screening device. Legal doctrines that constrain the information that judges can consider in making their decision may increase the consistency of decisions across judges, but that consistency may come at the cost of accuracy in screening out nuisance suits. In the end, the accuracy of these decisions often turns on the expertise, experience, and temperament of the specific judge.

Shareholder voting promises greater accuracy in assessing whether a securities class action promotes shareholder value. That improvement would reflect the second-best social optimum. Having a successful voting regime will take pressure off of inexpert judges to screen meritless suits. Transferring control to shareholders would also allow for more positive inducements to encourage value-increasing class actions, such as increasing attorney fees in smaller cases. In short, we should allow shareholders to “Just Say No” to securities fraud class actions.

The full draft our paper is available here.