Inicio Governance Was the Exxon Fight a Bellwether? 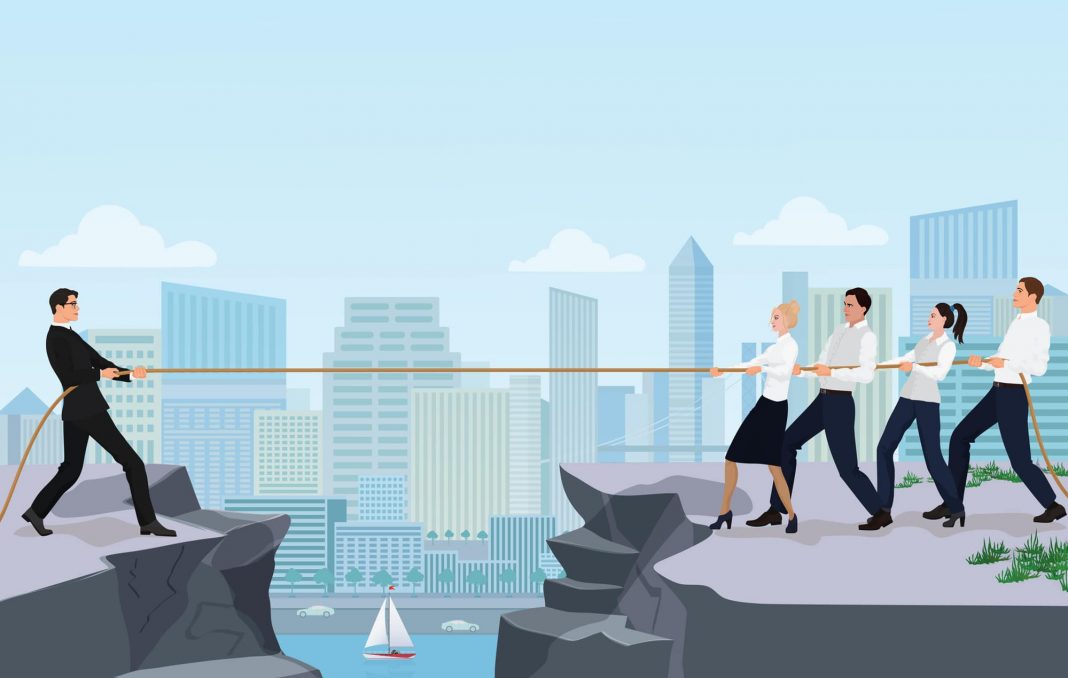 The most groundbreaking development this proxy season was that Exxon Mobil, one of the largest corporations in the world, lost three board seats in a proxy fight with Engine No. 1, giving the dissident control of a quarter of the board. [1] Engine No. 1 focuses on impact investing and recently announced it is starting an Exchange-Traded Fund (ETF) (ticker symbol—VOTE) that will actively vote proxies to advance this agenda. [2] Engine No. 1 launched in December with approximately $250 million in assets [3] and owned 0.02% of Exxon’s outstanding shares. [4]

The outcome marks a victory for those shareholders that have been pushing back on Exxon’s climate-related plans and disclosures, and follows several years in which the SEC allowed the omission of climate-related shareholder proposals. The high-profile campaign led by the dissident—and ultimately supported by pension plans and a slew of other investors—aimed at expressing disapproval of the company’s governance on this issue.

Engine No. 1 targeted Exxon because it believed the company’s recent strategies have not yielded positive results and the company was slow to adapt to changes in the energy industry. [5] Critics pointed to Exxon’s relatively light focus on reducing carbon emission and investments in renewable energy compared to its peers and European counterparts. Engine No. 1 also highlighted financial underperformance and Exxon’s lack of board experience in the energy industry. [6] It argued that Exxon should aim to be part of an energy transition because while “[t]here might still be money in oil now … the key to profitability involved taking a longer view on the health of the business.” [7]

Exxon pointed to its commitment to evolving, evidenced by its investment in carbon-capture technology. Regarding its board’s experience, Exxon highlighted that it seeks directors who have CEO experience at companies with significant market caps. [8] Following Engine No. 1 initiating its campaign and after consulting with investor D.E. Shaw, Exxon appointed Tan Sri Wan Zulkiflee Wan Arrifin (former president and group CEO of Petronas), Michael Angelakis (CEO and chair of Atairos and former CFO of Comcast) and Jeff Ubben (founder of Inclusive Capital Partners) to the board to deflect the proxy fight. [9]

Consistent with their respective messaging, the three dissident directors that won board seats— Gregory Goff, Kaisa Hietala and Alexander Karsner—have experience in energy, technology, and biofuels, while the three directors nominated by Exxon who were not elected are former chief executives of large companies. [10]

Exxon has a unique shareholder profile for a mega-cap company. Approximately 47% of the shares are held by individual investors. [11] This created an opportunity for each side to bolster support if it could effectively solicit from the retail community.

ISS noted that this was the first proxy contest at a large U.S. company where the dissident’s argument focused on energy transition. [17] However, ISS’ analysis revealed that Engine No. 1’s core argument boiled down to operational performance. [18] ISS applauded Exxon’s willingness to consider input from D.E. Shaw and viewed the recent board additions as positive, but insufficient to adequately remedy the company’s shortcomings. [19] ISS took issue with the lack independent board members with energy industry experience and concluded that nominees Goff and Hietala would address the need for independent industry expertise while Hietala and Karsner, would elevate Exxon’s energy transition. [20] Goff worked for over 40 years in the energy industry including nearly 30 years at ConocoPhillips. [21] Hietala has 20 years of experience in the oil industry and served as Executive Vice President of Renewable Products at Neste. [22] Karsner previously served as Assistant Secretary of Energy for Efficiency and Renewable Energy at the U.S. Department of Energy. [23]

Glass Lewis found that Exxon’s D.E. Shaw- influenced board refreshment resulted in an infusion of oil and gas, capital allocation, investor perspective and climate-related business transformation experience, but the board still lacked energy and cyclical business experience, scientific and technological research expertise and regulatory experience. [24] Glass Lewis believed that the previous board refreshment did not significantly improve company performance or strategy. [25] It also believed that Exxon’s directors would need to determine when and how to execute low carbon solutions and technology as the push for decarbonization intensifies. [26] Glass Lewis concluded that Goff and Karsner brought fresh independent perspectives and relevant industry, operational, and regulatory experience to the board. [27]

“[w]e continue to be concerned about Exxon’s strategic direction and the anticipated impact on its long-term financial performance and competitiveness. In our view, the Board would benefit from the addition of diverse energy experience to augment existing skillsets. As a result, BIS supported three of the four directors nominated by Engine No. 1. We believe that they, together with Mr. Ubben, [30] bring the fresh perspectives and relevant transformative energy experience to the Board that will help the company position itself competitively in addressing the risks and opportunities presented by the energy transition.” [31]

Vanguard, which held 349,439,067 shares [34], voted for two of Engine No. 1’s nominees—Goff and Hietala. [35] Vanguard believed that Goff and Hietala “add both conventional oil and gas industry and transformational energy perspectives to Exxon’s board. [Vanguard] determined that these perspectives would enhance the board’s overall mix of skills and experience and benefit the company’s efforts to assess strategic options and mitigate risks connected to the energy transition.” [36]

What Should Companies Do in Light of This Development?

The results from the Exxon-Engine No. 1 fight reinforce the importance of companies knowing who is in their stock and tracking accumulation from activist investors. Companies should inquire whether a stock surveillance program would help them identify their holders. Another key lesson is the need to employ an active shareholder engagement program, so that companies can identify potential issues before they rise to the level of shareholder proposals, “vote no” campaigns, or full-scale proxy battles for board seats.

If this contest is a harbinger of the future, part of those engagement efforts should focus on material environmental and social (E&S) issues to determine whether the company’s strategies align with evolving shareholder and stakeholder expectations. Companies should also heed the importance of getting shareholders to vote even during non-contentious meetings, so the processes are in place when you need them. For many companies this includes retail investors as they could hold the key to swaying a particularly difficult proposal. Engine No. 1’s narrow win (with only 1.7%—between Engine No. 1 nominee Alexander Karsner and Exxon’s Douglas Oberhelman), highlights the importance of cultivating votes from individual shareholders who tend to support management.

To answer the question posed in our title, we believe the Exxon fight is a bellwether in at least two ways. First, there is little doubt that Engine No. 1’s victory in the Exxon proxy fight will embolden other investors to launch board contests in the future that focus on E&S issues.

Second, and perhaps more important, companies should pay close attention to the ETF (The Engine No. 1 Transform 500 ETF) that Engine No. 1 recently established. There is a reason Engine No. 1 chose the ticker symbol VOTE. With this ETF, Engine No. 1 has staked out new ground. Rather than exclude companies from its impact fund that may not meet ESG thresholds, Engine No. 1 will include them and use its vote to “[s]trategically hold companies and leadership teams accountable while focusing on environmental, social, and governance issues that create value.” This approach aligns with indexed, long-term investors such as BlackRock and State Street Global that hold shares based on broad indexes and are increasingly using their vote to promote change.