Inicio Governance Corporate Governance in the Face of an Activist Investor 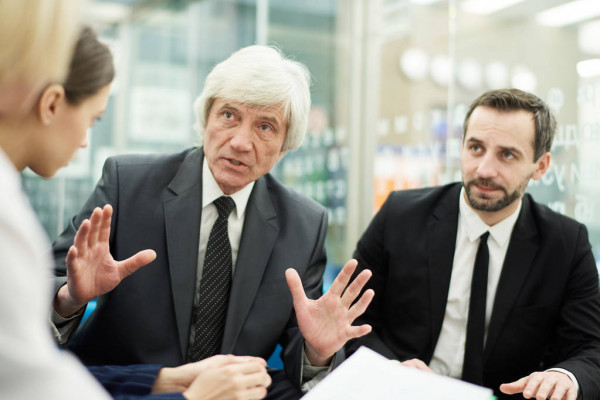 Among the most important issues in modern corporate governance of public companies is how such companies should respond to approaches made by activist investors. The recent responses by Duke Energy Corporation to overtures from activist investor Elliott Management are a case study in how not to deal with an activist investor.

In light of this, it was hardly a surprise when, on May 17, 2021, the activist investor Elliott Management, one of Duke Energy’s largest shareholders, disclosed that it was in touch with the Duke Energy management. Elliott Management was not seeking to launch a hostile takeover of Duke Energy. Rather, Elliott simply and modestly suggested that Duke consider a couple of options. Most importantly, Elliott’s analysis was that Duke’s geographically noncontiguous service territories in Florida and Indiana should be separated from Duke’s operations in the Carolinas.

Rather than attempting to shove this recommendation down the Company’s throat, however, Elliott simply called on Duke’s Board to work with it to achieve the presumably shared objective of enhancing the value of the company. The first of Elliott’s specific suggestions was for the appointment of a small number of new directors with specific experience and qualifications “to bring fresh perspectives to Duke’s Board.” These new directors’ specific experience and qualifications would, quite sensibly, lie in in high-performance electric utility operations and investment, electric utilities transaction experience, and political, legislative, regulatory and/or community leadership ties to Florida and Indiana, places where Duke operates without board-level ties to the local communities. Second, Elliott proposed establishing a new Board-level strategic review committee that would include both new and existing directors who would engage independent external advisors and fully evaluate separating Duke into three regional utility holding companies focused on the Carolinas, Florida, and the Midwest.

Duke Energy’s response came the same day and it was entirely dismissive. Duke began by asserting that Elliott’s proposals were not in the best interests of the company, its shareholders or its stakeholders. This response failed to distinguish the two thoughtful and temperate suggestions offered by Elliott, a major shareholder and well-regarded professional investor, with more aggressive asks by an activist such as a demand for a change in the CEO, or that the entire company be put up for sale.

Duke Energy’s out of hand dismissal of an activist shareholder’s suggestions is bad corporate governance. Companies should always be willing to engage with major shareholders who have well-researched, thoughtful recommendations for the management of the companies in which they have invested. Duke’s response to Elliott speaks volumes about the company’s attitude towards its shareholders and about its close-minded treatment of constructive suggestions from knowledgeable outsiders about how to run the business.

Worse Duke’s responses indicated that the company is ego-driven and more interested in entrenching current management than in giving appropriate consideration to meaningful change.

On July 19, 2021 Elliott once again tried to engage with Duke Energy’s management and board. The new letter is skeptical of management’s ability to deliver shareholder value that is in line with the business’s potential. Shareholders rightfully are troubled by Duke Energy’s aggressive and hostile responses to Elliott’s recommendations and by the company’s proclivity to make excuses for poor performance rather than to search for viable strategies for improvement. If Duke were really being managed as well as it claims to be, then it is doubtful that earnings-per-share would have grown by only about 2% annually since 2013 despite the company’s guidance of 4% to 6% EPS growth over this period. Most importantly, Duke’s stock would not have underperformed the utilities select sector fund by 20% and its regulated utility peer group by 63%.

Duke’s packaged response to Elliott’s second public communication was immediate an wholly dismissive. The primary point being made was that Duke management team has the unanimous support of the Duke board of directors and falsely claims that Elliott has not had any concrete ideas. Breaking up the company into three parts seems pretty concrete.

What is particularly significant about Elliott’s overtures are their humility. Elliott observes that it only “suggested one course of action in our May 17 letter,” that there are “numerous viewpoints, and it is clear that this is fertile ground for investor interest. These questions require a more in-depth and structured evaluation of the optimal portfolio configuration to allow for true high operating performance at each of Duke’s utilities.” In other words, here the outside investor is once again asking only for a serious and objective study of options for improving performance. This is a modest request particularly in light of Duke’s poor operational track record. It is hard to argue against transparency and open-mindedness, but Duke appears intent on doing so.

Perhaps an entirely new board of directors and management are what is required to effectuate an improvement in management’s attitude towards its shareholders.