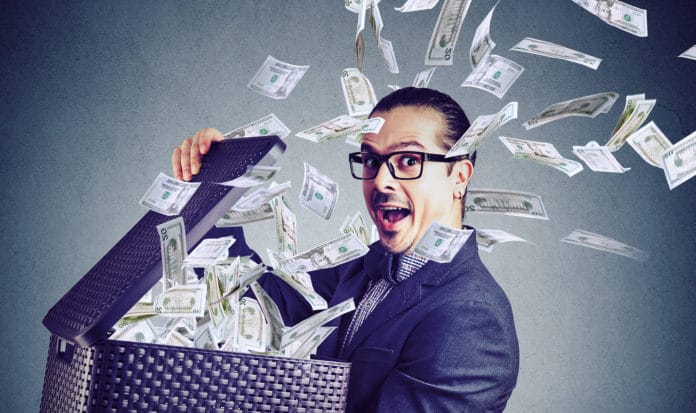 Being a board member is a part-time job, with full-time responsibilities. If this reality was better weighted, renowned professionals would more carefully consider accepting being appointed as part of a board of directors. And they would more objectively analyse the ratio between remuneration, time and responsibility.

Little has been said and written about the subject, since all the governance discussions revolve around the ‘say-on-pay’ for executives’ remuneration. In that sense, it is important in the first place, to overtake the mental bias of believing that board members’ remuneration is a restricted subject and be aware of the importance of this matter for any corporate governance system.

If we look at corporate governance international standards, the British model (UK Corporate Governance Code) briefly states that non-executive directors’ remuneration should reflect the level of commitment required in terms of time and responsibilities and it recommends not to include stock options as part of the compensation package.

The Toronto Stock Exchange’s guides (Guide 8) have greatly contributed to the subject by referring to the risks and responsibilities involved in the board of director’s role. As opposed to the UK model, it explicitly recommends minimum requirements of shares ownership that directors must have.

On the other hand, the US model (from the Securities Exchange Commission – SEC and the International Shareholder Services – ISS) succinctly establishes that a director’s remuneration must be aligned with the company’s long-term interests. In its recommendations Governance Quality Score (Q140 and Q144), ISS explicitly advises that all directors must keep ownership in the company.

The question is: how and when companies must remunerate a director.

There are two main mechanisms: payments in cash or systems linked to share value. From our point of view, the answer must consider the equation below (each element is explained in a more detailed manner later in this article).

America’s (North and South) situation regarding systems and amounts

According to information provided by the National Association of Corporate Directors, in North American listed companies (large, medium and small companies, excluding the top 200), a yearly director’s compensation varies between $165,000 and $230,000. Approximately, five per cent is paid in stock options, 50 per cent in full-value stock, eight per cent constitutes committee pay, three per cent is board meeting fees and 34 per cent is cash retainer.

In large and medium companies, within the US, the non-executive chairman can receive more than $300,000 as remuneration (including additional amounts for the extra time required for leading the board). The presidents of the board committees have additional remunerations between $15,000 and $25,000 per year.

The Latin American situation is quite concerning; countries such as Mexico and Colombia have not succeeded in updating director’s remuneration. According to our analysis, in the last few years, there is an unfair gap between the earnings perceived by shareholders and the remuneration packages for executives and directors’ fees.

Remuneration linked to meeting attendance (board or committees) is the model that still prevails within the region. For most of the listed companies, remuneration is under $2,000 per meeting, including additional fees for attending committee meetings. Based on these rates, external directors receive a yearly remuneration below $40,000.

However, in a region where there are high levels of poverty, relatively low levels of growth and where it is frowned upon to talk about other people’s income, it is hard to find data on directors’ pay; it sometimes feels politically incorrect to even discuss it. But an incorrect director’s remuneration model has a wicked effect on a company’s corporate governance system. Especially if you believe that a good board is responsible for a sound long-term strategy and that every day is clearer that the competition for the best talent has also reached boards.

The problem is not only how much is paid, but what directors are being paid for. From our analysis of the top 100 Latin-American listed companies, more than 95 per cent use a system based on payment for meeting attendance. This implies a fundamental disconnection between the board’s incentive model and the interest in long-term value creation for shareholders. In Mexico, there are even medieval practices used by some conglomerates, by which they still compensate their directors with golden coins!

The culture around director remuneration is not helped by the view held by a significant number of influential institutional investors and regulators that directors should not own shares in the company; that they shouldn’t have ‘skin in the game’. That is why the prevailing system is remuneration based on meeting attendance. This practice goes against what is happening in other regions, where the markets are more appreciative of companies where independent directors have shares in the companies.

The Latin American corporate governance system needs to move on and acknowledge  the value destruction being caused by not candidly talking about board remuneration.

Research has found no logical link between board remuneration in Latin America and company revenues and value creation – that is, where you can find the data. In Colombia and Mexico, for example, total average remuneration does not even reach $300,000 for the entire board; there is not enough data in Peru on which to base an opinion; but in Chile, the largest companies spend approximately $200,000 per director, per year.

Our recommendation in three steps

1. Putting the subject on the table

It must be acknowledged that the first big obstacle is to find the right moment for discussing the subject. As we’ve already discussed, there never seems to be a good time to discuss board remuneration in Latin America, but the board evaluation provides the perfect opportunity to activate a conversation.

At the beginning of the company–director relationship, social interaction plays a fundamental role, so is practically impossible to individually negotiate remuneration, as it would happen for an executive position. If the company is going through a transformation process (and when do companies not transform and adjust in current times?) it’s not a good moment for the board to ask for a remuneration rise for its members, especially if, at the same time, the governing body is approving cuts in expenses and big investments.

Remuneration is a subject that is more recently being acknowledged and talked about within board evaluation processes. From our experience of evaluating boards from leading companies in Latin America, several conversations with independent board members end up with the following thought: ‘there is an increasing demand on directors’ time and they have more and more responsibility, however the remuneration remains the same or proportionally less’. In those spaces for analysis about the best strategies to enhance the board’s operation, it is convenient to openly talk about its compensation.

2. Rethink the remuneration system, based on meeting attendance and evolve into including remuneration packages aligned with value creation

There’s an increasing need to create new systems based on retainer fees (amounts paid independent of the number of meetings) and compensation linked to value creation (EVA and other long-term indicators of value growth should be considered).

The system of employing deferred stock units (DSU) is becoming frequently used in different markets as a mechanism to incentivise directors to think in the company’s long-term interest. This model has the advantage of aligning payments with share value, without involving short-term interest gains (to inflate or liquidate the shares), as is the case in stock options or restricted stock units. With this system and variations derived from it, it’s possible to make the long-term interest prevail, adjust the company’s risk appetite and align it with key factors for value creation for shareholders.

3. Rethink the system based on cash and equity

A recommended formula is to structure a model that considers cash and long-term value creation, adjusted to each company’s reality (industry, size, ownership structure, board quality, etc). The starting point can be a remuneration system based on an 80/20 cash/equity ratio, which can be adjusted, according to each company’s reality and moments. It’s recommended company’s refine this using the Total Remuneration Formula (opposite) while also bearing in mind:

Proportionality derived from comparative analysis with similar companies in the country, the region and globally. It is important that companies think whether they are competing on a local or a global scale since this would greatly influence the talent needed for the board (the answer is always the same: which industry is nowadays not competing with global players…)

If companies want to have good boards, they must attract good directors and keep them motivated through a good remuneration system. Although it’s difficult to find a good moment to have this conversation, and the subject may be seen as politically incorrect, it’s fundamental that chairs, institutional investors and controlling shareholders, openly speak about it if they want to build an efficient corporate governance system that creates value for the organisation.

Was the Exxon Fight a Bellwether?

Corporate Governance in the Face of an Activist Investor

From good to great: The evolving role of the chair