Inicio Governance A World in Flux 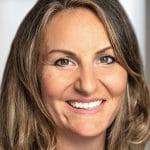 In today’s interconnected and ever-changing world, the only thing companies can count on is uncertainty.

Employees are demanding engagement from management on economic, cultural and political matters. Consumers are buying in line with their beliefs while criticising big business on social media. Policymakers are making head-snapping decisions that cause stock market whiplash. Community activists are turning to local governments to restrict corporate growth. Shareholders are pressuring companies on environmental, social and governance issues far outside their traditional purview of profit-making.

In this chaos, independent board directors are particularly well placed to help CEOs make sense of the unpredictable global landscape and navigate the space in which their companies compete. Indeed, because a lot of uncertainty can mean a lot of risk, the risk management part of a director’s overall job – providing strategic guidance with an eye firmly on shareholder returns – has taken on heightened importance in these times. And, now more than ever, directors need to be even more of a resource for CEOs and their management teams as companies face new challenges and seek to understand the real risk and its potential consequences within the unknown.

Directors are uniquely positioned to help navigate this rocky terrain

Their vantage point should afford them a clear-eyed view of the bigger picture, which includes the attitudes of a range of stakeholders shaping a company’s future and factors that might seem unrelated to the primary bottom-line goal but that could affect it. Especially in this environment, directors must take advantage of a higher vantage point and carve out the bandwidth needed to stay on top of crosscurrents reshaping the market, non-market and internal spheres. The most effective directors will now need to do more to really develop a 360-degree perspective on the world and, most importantly, a keen understanding of how a company’s overarching business goals and its business practices align with reality.

To achieve this broad perspective, directors need to appreciate how a company’s reputation impacts its valuation and have a deeper understanding of how cultural and political moments can have long-term financial implications, depending on whether, and how, a company engages. They also should evaluate societal trends and external events that may seem unrelated to the company – the firestorm caused by a tweet from an NBA general manager about Hong Kong, transgender rights legislation, the US leaving the Paris climate accord – but that ultimately could affect the business. In addition, they should help the C-suite anticipate potential flashpoint issues with multiple stakeholder groups. And they must counsel management on the dangers of viewing Wall Street and Washington in isolation, while explaining how the constant interplay between the two affects the business in both obvious and unforeseen ways.

In short, directors have a unique opportunity to situate the company in a wider social context, identify risks and opportunities, and help prioritise accordingly in these tumultuous times.

Some trends that have emerged in the dozen years since the Great Recession began underscore the importance of effective corporate communications as well as broad perspectives.

Outside companies, investors and consumers, meanwhile, are demanding change, putting pressure on companies to address environmental, social and governance (ESG) problems. They are using their financial power and public platforms to influence and try to persuade companies to adopt sustainability platforms, become more diverse and take stands on immigration and other human rights matters.

And all around, an anxious and frustrated public, fed up with a hyper-partisan, conflict-driven political system, has turned to the private sector to fill a leadership vacuum. In new and different ways, a number of publicly traded corporations and their CEOs now are taking firm leadership stances on some of society’s biggest problems, including climate change, gun control, living wages, affordable housing, decaying cities and immigration.

These trends help explain why the Business Roundtable last summer released a controversial statement on the purpose of a corporation that said companies have a responsibility to serve all stakeholders – customers, employees, suppliers, communities and shareholders. In making this statement, the trade association for CEOs abandoned the notion of  ‘shareholder primacy’ – that companies exist primarily to serve shareholders – that had guided companies for decades.

In Washington, the political class mostly panned the announcement as a ploy to try to counter the anti-corporate narrative that Democratic presidential candidates Elizabeth Warren and Bernie Sanders have been promoting on the campaign trail. Both have made income inequality a cornerstone of their campaigns, lambasted shareholder primacy and proposed policies to rein in Wall Street. But if appeasing them was the goal, it didn’t work. Warren promptly said: “Without real action, their announcement is meaningless,” while Sanders concurred, adding: “Empty words are not enough.”

On Wall Street, many criticised the statement as toothless window dressing and predicted that most companies would continue to prioritise shareholders. Plus, some sceptics observed, companies already have a more meaningful way to focus on both making money and improving society by becoming certified public benefit corporations that balance purpose and profit. “It is government, not companies, that should shoulder the responsibility of defining and addressing societal objectives with limited or no connection to long-term shareholder value,” argued the Council of Institutional Investors.

In focussing on the statement itself, however, the critics missed the bigger picture: demographics have combined with information and technological access as well as political angst to drive the societal trends that are directly pressuring companies – and companies have little choice but to respond. Their ability to win business, grow revenue and generate shareholder value now also depends on their ability to navigate today’s highly politicised, ever-changing and demanding world.

Young generations, information and angst are fuelling the trends

The biggest new reality that companies need to accept is that millennials and members of Generation Z have become more than simply a faraway concept. They have arrived. In 2020, the oldest millennial turns 39 and the oldest Generation Z turns 25, and generations that corporate executives used to think of as mere children increasingly are becoming managers, customers and shareholders. They have strong viewpoints on ways of working, income inequality and the role of business in society. They generally want to work for, invest in and buy from companies that are good societal stewards and share their values.

A recent Morning Consult survey found that both demographic groups are far more likely than older generations to say corporations should use their influence to affect political and cultural issues. And more than half of both groups say that a company’s reputation and positive societal contributions are very important employment considerations. Given their numbers, millennials and Generation Z will shape companies for decades the same way, possibly as baby boomers have for the last 40 years, perhaps even more.

Increasingly dominated by these generations, all stakeholder groups, meanwhile, have become much more informed, empowered and fickle. Technology is a big reason. Investors, employees, customers and community activists all now have unprecedented and immediate access to unlimited amounts of information to form their views. Digital news consumption, in particular, continues to steadily increase, and, a recent Pew Research Center study found that about two-thirds of American adults said they at least occasionally get news from social media. Stakeholders now have widespread access to powerful tools – often literally in their hands – to publish their own opinions and organise against companies they choose to invest in, buy from and partner with. This has meant that complaints that used to be aired around office watercoolers or in customer service lines now are published in the virtual town square (and that town square itself is increasingly global). All of this greatly increases the chances for activism, especially from employees, and can combine to threaten a company’s reputation and, potentially, its ability to conduct business and generate shareholder value.

At the same time, economic anxiety has shaped the political world and the public’s attitudes about business, particularly among millennials and Generation Z, who grew up in the Great Recession’s challenging aftermath. A populist movement sprung up and steamrollered both parties, starting with the Tea Party in 2010, then moving to Occupy Wall Street, then to Donald Trump’s campaign and is now fuelling the Warren-Sanders wing of the Democratic Party. Politicians stoked the fire, fashioning themselves anti-Wall Street crusaders. Capitalism’s reputation suffered as a result, particularly among young adults. A recent Gallup poll showed that millennials and Generation Zs’ overall opinion of capitalism has deteriorated to the point that capitalism and socialism are tied in popularity among this age group. At the same time, faith in both Washington and Wall Street has fallen. A decade after the Great Recession began, a Morning Consult survey showed that more than half of Americans distrusted both Wall Street banks and Congress, and roughly two-thirds said that the recession continues to have an impact on both the economy and life.

The bottom line is clear: companies have little choice but to consider all stakeholder attitudes and macro societal trends and the implications of both as they make decisions. Failing to understand and factor these elements into their thinking – and into their actions – could hurt companies across multiple fronts, from retaining employees, customers, partners and shareholders to recruiting new ones. In this environment, narrow mindsets are exceptionally dangerous. These days, simply looking through the financial prism without consideration for what’s going on in other universes may position companies for business failure rather than success.

Directors are primed to provide a 360-degree evaluation

Amid all of this turmoil, how can directors ensure that they are providing valuable, well-informed and strategic counsel to the CEOs and management teams of companies on whose boards they serve?

While all this can seem overwhelming, directors who step up and embrace the challenge of such an expanded role will not only end up providing an important service to CEOs and management teams but also will help foster a life-long learning corporate culture. And that will help keep companies ahead of the curve – and their competition – and on an upward trajectory in an era of uncertainty that doesn’t appear to be ending anytime soon.

Time to Unlock the Hidden Value in your Board

It’s time we added a letter to ESG. Here’s why