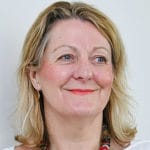 The announcement by the Business Roundtable in August that it was abandoning the doctrine of shareholder primacy it has advocated for more than 20 years in favour of a commitment to ‘lead their companies for the benefit of all stakeholders’ attracted a lot of attention. This is understandable. Taken at face value, it represents a notable shift in position from the US corporate community.

It follows on from the debate in the UK over directors’ duties to their different stakeholders, which resulted in new regulations requiring the boards of listed companies to explain how they take account of the impact on those stakeholders when taking decisions. Similar debates are happening in many other jurisdictions.

Some of the media reporting on these developments has sought to paint investors as the villains, pressuring management to see the share price as the only measure of success or to put dividends before research and development, and investment in the future. Some commentators also seem to believe that the interests of shareholders and stakeholders are fundamentally opposed and that never the twain shall meet.

Both of these views are misplaced. Yes, there are some investors who seek to extract as much value as they can as quickly as possible, but they are not representative of all investors – increasingly less so, in fact; and there are many issues on which the interests of shareholders and society are entirely aligned.

This should come as no surprise. After all, the individuals down at the end of the investment chain are not just savers but stakeholders in many companies as well, whether as employees, suppliers, customers or members of the local community.

This alignment of interest is most obviously the case when it comes to the long-term systemic risks facing us all, companies, investors and individuals alike.

Take, for example, climate change. The World Economic Forum’s most recent Global Risks Report identified the failure of climate change mitigation as the top two global risks in terms of likelihood. Millions of people took part in the world-wide ‘climate strike’ in September, demonstrated the level of public concern.

Attracting less attention, but important in their own right, are the actions being taken by investors to tackle the causes of climate change. The International Corporate Governance Network’s (ICGN) investor members, who between them control more than $34trillion in assets under management, are at the forefront of many of these developments.

Examples include Climate Action 100+, an investor initiative launched in late 2017 that aims to ensure the world’s largest corporate greenhouse gas emitters take necessary action on climate change. Another is the shareholder campaign at Exxon led by Edward Mason of The Church Commissioners for England, for which he received the ICGN’s inaugural Stewardship Champion award last December.

For the ICGN and its investor members, this is part and parcel of looking after the interests of clients and beneficiaries. Tackling long-term systemic risks is essential if we are to meet our collective need for sustainable value creation upon which current and future generations or savers depend.

«THERE ARE SOME INVESTORS WHO SEEK TO EXTRACT AS MUCH VALUE AS THEY CAN AS QUICKLY AS POSSIBLE, BUT THEY ARE NOT REPRESENTATIVE OF ALL INVESTORS»

As we make clear in the ICGN Global Stewardship Principles, investors ‘should prioritise the mitigation of system-level risk… over short-term value’. These Principles, currently under review for updating in 2020, provide a global investor perspective on stewardship obligations and practices.

The recognition among institutional investors that their duty extends beyond generating immediate financial returns is not new – the ICGN Principles were first introduced in 2003 – but it has undoubtedly gained momentum over the last decade. More and more are joining the ‘stewardship movement’.

In large part this is due to client demand from ‘saver-stakeholders’ making their voices heard. Sustainability themed investing is experiencing rapid growth and now accounts for around $1trillion according to the 2018 Global Sustainable Investment Review, while Morningstar estimates that there was a 40 per cent increase in the assets in sustainable funds in Europe between 2014 and 2018.

This has been accompanied by increased expectations from clients, and from the media, as to the level of scrutiny to which shareholders should subject their investee companies.

The actions of regulators and stock exchanges have also been influential. Many understand the important role than investors can play in engaging with companies to hold them to account for creating long-term value. This is evidenced by a swathe of investor stewardship codes around the world, a proliferation of ethical investing indices, such as the FTSE4Good index, and, in some markets, by legislation (for example, the revised EU Shareholder Rights Directive).

The ICGN welcomes policy initiatives of this sort. By encouraging institutional investors to be active stewards and focus on the long-term health of the planet, the economy and individual companies, they are helping in a positive way to align shareholders’ and stakeholders’ long-term interests.

Not all regulatory developments have been constructive, unfortunately. In some markets the ability of shareholders to hold management to account has been damaged – for example in Italy, the Netherlands, Hong Kong and Singapore where the rules now encourage dual-class shares, in effect reducing the voting rights of external investors. Some high-profile flotations in the US and elsewhere have done the same.

The justification given for these actions is that they protect management from the alleged excesses of short-term traders, and that by doing so they are in some way protecting the interests of other stakeholders.

This is a false argument. This is not a zero-sum game. Reducing the rights of shareholders does not lead to an increase in the influence of stakeholders; quite the opposite. It potentially damages both by enabling poor management to resist their combined efforts to bring about a change of approach where it is needed.

We need to stop promoting the idea that investors are the enemies of either companies or other stakeholders. When it comes to securing a sustainable future, we are all allies and will only achieve that objective by working together.

Time to Unlock the Hidden Value in your Board

It’s time we added a letter to ESG. Here’s why