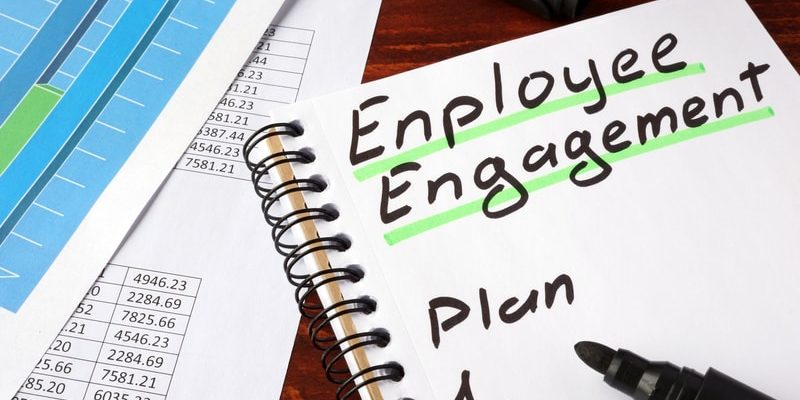 Shareholder engagement is increasingly being added to the job description of the corporate director. The phenomenon is the natural evolution of the changes to the corporate governance landscape that have occurred during the last two decades. First, there is the expansion of the board’s oversight responsibilities that resulted from the Sarbanes-Oxley and Dodd-Frank legislations. Second, there is the progress made by the shareholder rights movement, with investors’ claim for a more direct involvement in business decision-making.

This post analyzes and documents emerging practices in the role of the board of directors in the corporate-shareholder engagement process. It is based on a 2018 survey of corporate secretaries, general counsel and investor relations officers at SEC-registered public companies conducted by The Conference Board and Rutgers University’s Center for Corporate Law and Governance (CCLG).

It has long been customary for public companies to interact with their shareholders, on earnings calls and at annual general meetings (AGMs). These traditional forums of communications are periodically convened to apprise investors of financial results, material organizational decisions, and key strategic choices. However, they seldom actively involve shareholders’ main fiduciaries—the members of the board of directors.

In the last few years, this has started to change. Board members are increasingly taking the stage in the company’s relations with its investors, which in turn expect easier and more direct access to the board. Three main factors are responsible for this cultural shift in communication practices:

With say-on-pay, executive compensation is no longer a key subject of shareholder resolutions. Following the introduction of “say on pay,” the number of shareholder resolutions on issues of executive compensation has declined significantly. Adjustments to the company’s compensation structure, especially when it comes to issues of pay for performance and pay equity, are now being discussed in the period of time that precedes the voting season rather than in the weeks immediately prior to the company’s AGM. Boards of directors and management have been proactively pursuing forms of engagement with shareholders, especially the large institutions that can make or break the advisory vote. While some shareholders felt energized by the reform and are innovating the formulation of shareholder proposals on this subject by pushing for new topics (including equity retention, limits to golden parachutes, clawback policies and gender pay gap disclosure), hardly any company can afford to walk into an AGM without having spent the preceding months gaining assurance of the broad consensus on its compensation policy.

Activism has become an asset class of its own. Over the course of the last decade, activist investing has matured into an asset class of its own, widely recognized as the driving force behind several governance developments—from proxy access to corporate political contribution disclosure. A force to reckon with, activists have demanded a level of attention by senior executives and board members that had not been seen since the corporate raids of the 1980s. Over time, activist investors have developed into quite a heterogenous group, with different motives and investment strategies. Among some public attention seekers and short-term speculators, it also includes public pension funds, passive index funds, and other asset managers moved by the belief that investing in stronger corporate governance and sustainability practices can pay off and translate into long-term competitive advantage. This breed of more forward-looking, consensus-building activists expects to be heard but is open to engagement and compromise. Rather than seeking confrontation, it is often willing to work alongside incumbent executives and directors.

ESG investing has gone mainstream. Once the sole purview of fringe, socially-responsible investors (SRI), issues of sustainability and corporate social responsibility have recently gone mainstream and found the endorsement of large mutual funds such as BlackRock, State Street, and Vanguard. Climate change, corporate social responsibility (CSR) reporting, human rights compliance, and corporate political contributions disclosure are among the topics being brought to the fore during the last few proxy seasons. Adopting a softer style than activist hedge funds, and yet resolute in their demands, these traditionally passive institutional investors have had the clout to command immediate attention by boards of directors. In April 2019 The Conference Board announced the rebranding of its Governance Center as the ESG Center, which covers corporate governance, sustainability, corporate citizenship and philanthropy. The decision recognizes the growing importance of a strategic, integrated approach to companies’ environmental, social and governance (ESG) practices as well as the role that The Conference Board can perform to foster a productive dialogue between the business community and key stakeholders.

The following are the key insights from the study:

Engagement topics. The most common topics of board-shareholder engagement are the choice of equity-based awards for senior executives (whether restricted stock, performance-based stock, stock options, etc.) and issues of board diversity (including gender, ethnical and other minority representation). Sustainability reporting was also indicated as an engagement topic by more than one-third of the manufacturing companies, while almost half of the survey participants in the financial services sector stated that their boards discuss with key investors the design of senior executive incentive plans (specifically, the choice performance measures, targets, thresholds and maximum payouts). While executive compensation is the most frequent topic of board-director engagement across segments of the survey population, the specific types of pay issues vary depending on the size of the companies—for smaller organizations, they are the weight of base salary and annual bonuses in the pay mix, whereas for their larger counterparts the discussion tends to be more in-depth and focus on the design and workings of incentive plans.

Engagement policies. Formal, written policies for companies to regulate board shareholder engagement are more commonly seen among larger firms and have become prevalent in the financial sector. When adopted, these policies most frequently state: how investors can solicit an interaction with corporate directors; the allocation of engagement responsibilities among the board, the investor relations function, and other members of the senior management team; who at the board level is expected to lead the engagement process; and the topics on which the engagement is permitted. Detailed engagement calendars are seldom included.

Duration of engagement. Most recent board-shareholder engagements were short, and in many cases they did no go beyond a single exchange of information. The largest share of companies reporting at least one instance of engagement exceeding six months was seen among large financial services companies. Engagements tend to take place in the off-season, when governance professionals at institutional investors are not consumed by the proxy voting process.

Engaged shareholders. Large passive asset managers are the type of shareholders with which corporate directors have been engaging the most in the 12 months preceding The Conference Board/Rutgers CCLG’s survey, and this is particularly true for larger companies (both by annual revenue and asset value). It is surely a reflection of the rise of this category of institutional investors as vocal proponents of corporate reforms in areas spanning climate change risk, diversity, board refreshment, and sustainable procurement. Hedge funds follow on the list of the most engaged investors across business sector and size groups, whereas public pension funds are the most frequent interlocutor for smaller companies.

Communication methods. Engagement takes form through a variety of communication methods, including email and letter exchanges, phone (or video) calls, and individual (in-person) meetings. Emails are more commonly used by smaller companies while “fifth analyst calls” (i.e., a separate conference call with institutional investors dedicated to matters of corporate governance) are seldom deployed. Some companies have been experimenting with shareholder surveys (especially to receive feedback on pay practices) and e-forums (to extend their outreach to retail investors).

Leadership of engagement process. At large companies, across business sectors, the board most frequently delegates the leadership of the shareholder engagement process to the lead independent director, whereas in most of the smallest organizations the role is performed directly by either the CEO or the board chairman. Sixty percent or more of the largest companies involve their general counsel in board exchanges with investors.

Engagement outcome. A change in a corporate practice (whether the appointment of an independent chair or the introduction of majority voting or the decision to disclose corporate political contributions) is the most cited outcome of board-shareholder engagement across business sectors. An exception is the financial services sector, where half of survey respondents stated that their board engagement with investors served to advance dialogue on a certain issue but did not yet lead to any definitive outcome. Board shareholder engagement is not often used as an expedient for persuading one or more investors to withdraw a shareholder proposal.

Impediments to engagement. Across sectors, the main factor preventing additional board-shareholder engagement is the time constraint by shareholders, which may not have the internal expertise and resources to implement a systematic engagement program across their company portfolio. Larger companies are the group that most frequently cites time availability by their own board members as the number-one impediment to more engagement. Management staffing considerations and regulatory concerns are among the least relevant restraining factors. Many companies explicitly restrict the engagement to discussions about publicly available information, even though the consensus among legal scholars and practitioners is selective discussion of corporate governance and organizational practices does not constitute a violation of Regulation Fair Disclosure (FD).

According to the industry analysis, the highest percentage of companies reporting more than 10 instances of board-shareholder engagement in the 12 months preceding The Conference Board/Rutgers CCLG’s survey is seen in the financial services sector (26.3 percent, of which about one-third experienced more than 25 engagements). The company size review offers additional insights: Among the largest companies by revenue, only 10 percent of respondents said that their board never engaged with shareholders in the previous 12 months, compared to about 42 percent of respondents in the smallest revenue group. A similar direct correlation is seen in the asset value analysis for financial services companies, where the percentage of boards of firms with assets valued at under $5 billion that never engaged is more than twice the percentage seen in the largest company group with assets valued at $100 billion and over. Financial services boards report engaging with shareholders more frequently than their counterparts in larger size groups: 36.4 percent of them, more specifically, had between 10 and 25 occurrences of engagement over the course of the previous 12 months. See Figures 1a and 1b. The complete publication, including footnotes, is available here.