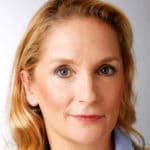 This will apply to companies with their registered office in a member state and with shares trading on a regulated market situated or operating in a member state. The revised Shareholder Rights Directive II (SRD II) was developed in response to the 2008 financial crisis, which led to criticism that companies and shareholders had placed excessive focus on short-term profits, as well as there being a general lack of transparency and shareholder engagement.

Besides the key issue of remuneration, it is also worth briefly highlighting a number of other matters:

We have already observed more activity from institutional investors, notably with an increase in public statements on executive pay and broader environmental, social and governance (ESG) matters, more transparency on voting decisions and engagement activities and an increase in the number of staff in their governance teams.

One aim of the SRD II is to encourage long-term shareholder engagement and enhance transparency between companies and investors. As part of this, the European Commission has been tasked with drafting guidelines on standardised presentation of remuneration reports. This report will show how the policy was implemented in the year and will be subject to an advisory vote. There will be no guidelines on the remuneration policy.

Current reporting requirements vary greatly across Europe, making it challenging for a non-specialist to analyse the information provided.

The European Commission has published draft guidelines in March 2019 and we expect a further draft to be published in the autumn. The guidelines are non-binding and member states may apply different regulatory requirements and issue their own guidelines, therefore we may still not have complete harmonisation across Europe.

The draft guidelines suggest that companies include an introductory statement where they would place the remuneration into context: summarising information on business performance and key events that have affected the business and remuneration decisions; information on changes in directors during the year; changes in the policy or its application; and decisions on pay and how the vote or views of shareholders were taken into account.

This statement is, in essence, where a company, maybe its remuneration committee chairman, would tell their story and bring pay decisions into the bigger picture of what has happened or is happening in the business. Although some of this information is provided in other parts of the annual report, not all readers will read the report from cover to cover and it is therefore helpful for companies to outline key relevant matters. It is also an opportunity to clearly explain how the remuneration structure and the performance metrics support the long-term strategy and how pay outcomes align with the performance of the business. This introduction could be seen as the one- or two-pager that would provide sufficient information to a reader, in case they do not want to read the full document.

The report includes the total remuneration awarded or due for the year. This is a confusing terminology as the terms ‘awarded’ and ‘due’ mean different things. Remuneration awarded can be in the form of cash received or shares awarded, but that could be released in future years, depending on performance and/or service conditions. Remuneration due could be a cash payment or share award where the payment or release is deferred in time (for example payable in two years) with no condition. Both remuneration awarded or due have to be reported in the remuneration report. It will therefore be critical to differentiate what is ‘earned’ or due to what may be received, in part or in full, in the future.

The ultimate value received by the individual may differ as the individual, for example, could determine to exercise their options or sell their shares years later. This is their investment decision. However, it remains useful to the reader to understand how much the individual could receive once performance and service conditions have been met. This notably enables readers to assess the link between pay and performance at that time.

The SRD II also requires directors’ pay to be compared with company performance over five years. The aim is to enable the reader to assess the appropriateness of the pay outcomes in light of the corporate performance. The draft guidelines suggest companies use profit and other metrics the company considers appropriate. This could be, for example, selected key performance indicators stated at the front of the annual report. In the UK, companies have to show historical total shareholder return (share price change and dividends).

Currently, a number of countries require the reporting of a mix of realised and awarded pay, whereby companies disclose base salary and bonus paid but show an accounting valuation of equity awards. This mixes apples and pears and does not enable an assessment of pay for performance. The accounting value of share-based awards is a theoretical value, which is subject to a number of assumptions. There are, for example, differences in how stock market-based and non stock market-based performance conditions are accounted for. Shareholders and proxy advisors generally prefer to consider what is payable and what is granted and, by and large, ignore accounting values.

Information on share-based awards is also valuable as shareholders are keen to understand potential maximum awards and what the individual needs to do to receive them. This is an up-front assessment of the incentive structure.

Disclosure of performance metrics, as well as targets and outcomes (and the methodology used to assess the outcome), is arguably the most challenging for companies. There is a general understanding by investors and proxy advisors that not all performance targets can be disclosed up front due to commercial sensitivity, so retrospective disclosure, once performance conditions have been met, will generally be acceptable.

Some performance criteria are very sensitive and, indeed, the SRD II provides that there is no requirement to disclose information that would be seriously prejudicial to the company. These elements may relate, for example, to some planned but not yet communicated strategic change. 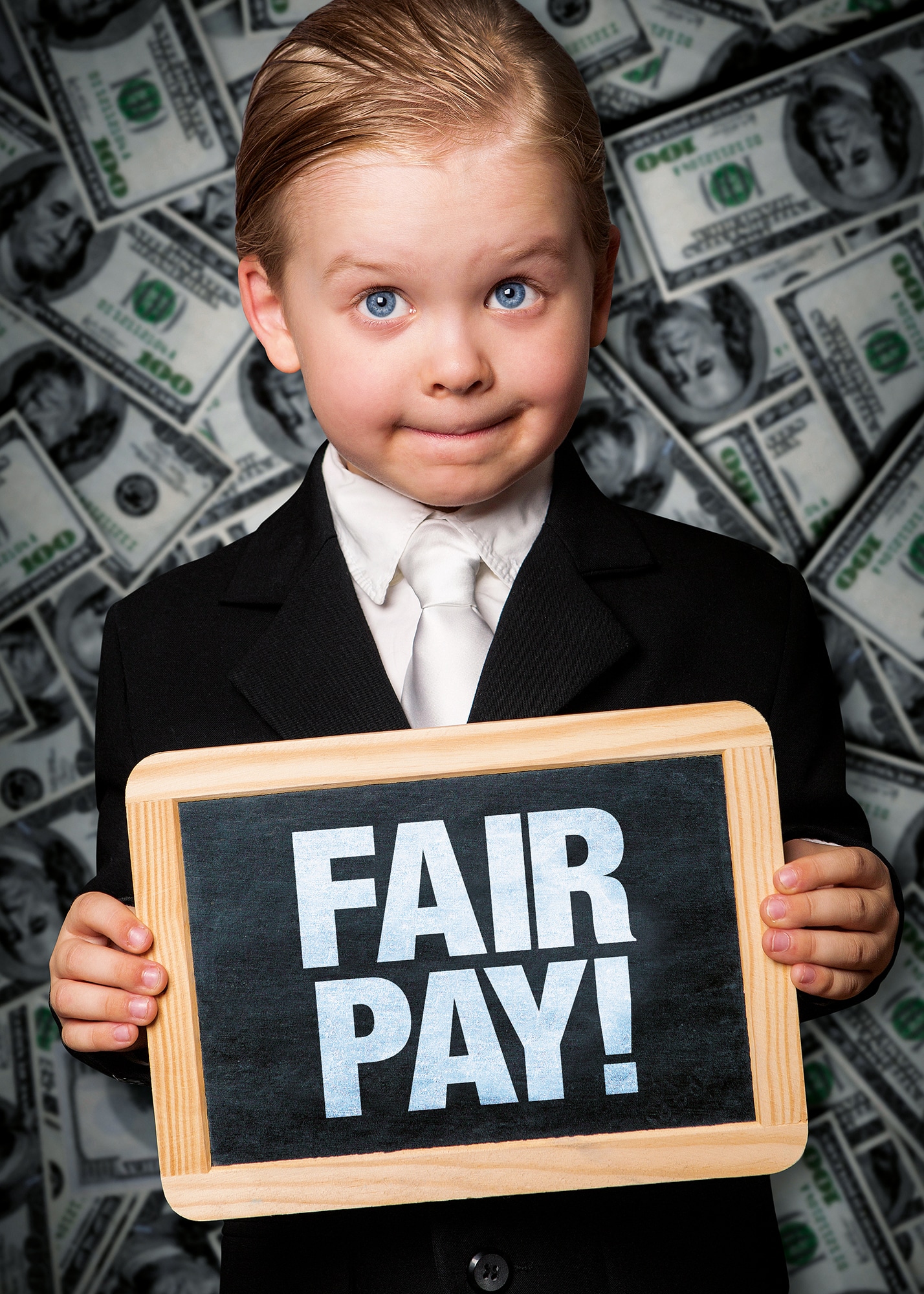 We are moving from compliance to an era where stakeholders want to better understand why companies do what they do: whether it is from a broader reporting perspective with increased expectation for companies to disclose their purpose and values, or how the strategy and business model align with these, and also now on their remuneration. It is interesting to note that whilst many shareholders were initially sceptical about the inclusion of ESG in pay, this has become more acceptable and even actively encouraged by a number of investors. The SRD II itself places emphasis on the use of varied performance criteria, including ESG where appropriate.

The SRD II requires companies to explain how their remuneration policy aligns with their strategy and long-term sustainable performance. This includes explaining how different pay elements align with these and how performance is assessed.

Ignoring the detailed requirement, the ask is relatively straightforward:

There is also increased focus on how decisions on executive pay relate to decisions for broader employees.

The SRD II requires a company’s policy to include information on how employee pay and conditions were taken into account when drawing up the policy. The remuneration report will include a comparison of change in pay for employees and directors. The vast majority of companies treat their employees fairly and take it for granted that the reader would know. The new reporting requirements effectively ask companies to provide further insights into their fair pay agenda.

The SRD II requires companies to show the change in each director’s pay against the change in average employee pay. Where individuals are employees of the company (i.e. the reporting entity) and therefore may represent a small number (and in some cases, no employees if the reporting entity is a holding), the draft guidelines suggest that companies could consider using a broader group. There have been significant debates on the usefulness of pay ratios disclosure. In the UK, companies have had to disclose their Gender Pay Gap for a few years and there is no doubt that the publication has triggered some further discussions and may have accelerated some actions to address the issue. Contrary to the gender pay gap data, there is no easy target number (i.e. eliminate the gap).

Focus should not be on the numbers, but on the underlying expectation that boards consider broader employee pay and conditions when determining pay outcomes and that employees are paid fairly across the organisation. Pay ratios will have to be disclosed for the 2019 financial year in the UK. However, more than half of FTSE 100 companies have already reported pay ratios voluntarily in their 2018 annual report and we have observed that a number of companies have provided further insights into their broader employee pay policy and fair pay agenda.

Regulations and reporting requirements on executive pay have been increasing
over time. Companies will have a choice of considering the new requirement as a compliance exercise or as an opportunity to review whether their current arrangements (whether these are remuneration structure, performance metrics, terms of service contracts, recruitment or termination arrangements) remain fit for purpose or whether changes should be made.

Shareholders have different views on pay structure, which makes it even more important that companies provide more clarity on the rationale behind the decisions they make when selecting criteria for key performance metrics.