Inicio Governance The questions that will shape the future of capitalism 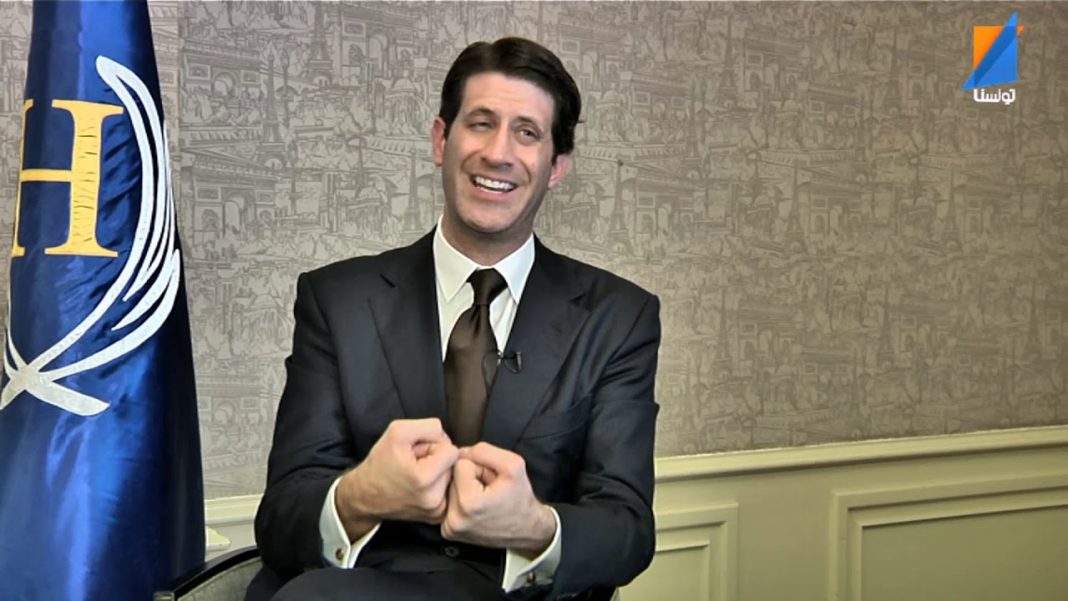 What is the promise of capitalism?

That may seem like a strange question, and when I ask it of my MBAs, I suspect they regard it as an exercise in the pedagogical pastime Guess What Teacher Is Thinking. Still I ask it, for I hope it prompts my students  to think about the kinds of problems capitalism is equipped to solve as well as those that are beyond its compass.

This is hardly a matter of idle speculation, especially for those who have good reason to believe that they will someday enjoy a disproportionate amount of the system’s spoils. Those fortunate individuals sometimes need to be reminded that free markets, however mighty, will not mend their marriage, relieve their cold, or stop their brother-in-law from bragging about his golf game. Indeed, there are plenty of things capitalism can’t do, and reflecting on them is a good way of distinguishing what it can do—and what it should.

Naturally, what capitalism can and should do are not one and the same. The first is a technical matter best left to economists; the second is more of an ideological affair, the province of moral and political philosophy. The distinction is an important one, but it tends to fade whenever one believes that free markets will solve most any problem: moral, social, and political as well as economic. If capitalism can do anything, so the thinking goes, then it should do everything.

Now, with the kind of intellectual prodding the question above intends, almost no one honestly believes that capitalism can, or should, do everything. Yet up until recently, it passed for conventional wisdom, in the United States and throughout most of the developed world, that capitalism could do most things, that the obvious solution to nearly any pressing problem of social organization was freer trade, fewer regulations, and far less government intervention.

With the benefit of hindsight, it is now plain that this was a central lesson many people took from the end of the Cold War and the fall of communism in the early 1990s. Rather than simply disqualify one extreme formulation, the failure of the Soviet system cast doubt on the very idea of a mixed economy, particularly in the US. The challenge was not to figure out the right balance of power between the invisible hand of the marketplace and the visible hand of government, but to enfeeble, if not eliminate altogether, the latter, not only to liberate capitalism but to deprive civil servants of what was assumed to be an ineluctable impulse and sinister raison d’être: central planning.

So commenced an unprecedented era of liberalization and global capitalist expansion. Sure, there were holdouts, but they were either deemed irrelevant and hopelessly backward (Cuba, North Korea) or, in the case of China, obstinate in the face of what they knew to be the inevitable.

That sense of “the inevitable” was never more than an ideological conviction that the power of free markets, supported by restrained exercises in liberal democracy, would prove so compelling that no problem might arise—either beyond capitalism or as a consequence of its development—that would seriously threaten the system’s preeminence. Such a possibility famously compelled the political scientist Francis Fukuyama to proclaim “the end of history,” a phrase that served as the title for his 1992 book. It elaborated on a thesis Fukuyama had auditioned three years earlier in the pages of Foreign Affairs. “What we may be witnessing is not just the end of the Cold War, or the passing of a particular period of postwar history,” he wrote in that essay, “but the end of history as such: that is, the end point of mankind’s ideological evolution and the universalization of Western liberal democracy as the final form of human government.

For Fukuyama, the failure of fascism in World War II, together with the death rattle of Soviet-style communism, left liberal democratic norms the triumphant alternative “underwritten by the abundance of a modern free market economy.” Or, as he put the matter somewhat more pithily, “We might summarize the content of the universal homogeneous state as liberal democracy in the political sphere combined with easy access to VCRs and stereos in the economic.”

For those nations that arrived at this ideological end state, the most urgent matters of the day would forever appear irretrievably mundane. As he described it:

The struggle for recognition, the willingness to risk one’s life for a purely abstract goal, the worldwide ideological struggle that called forth daring, courage, imagination, and idealism will be replaced by economic calculation, the endless solving of technical problems, environmental concerns, and the satisfaction of sophisticated consumer demands.

To contemporary observers, it may seem baffling that anyone ever took the end-of-history thesis seriously. Then again, we have a fair amount of history that was unavailable to Fukuyama when he wrote his book, 30 years of experience that have seen, among other destabilizing events, the inception of an apparently endless war on terror, the 2008–09 global financial crisis, and the striking resurgence of nationalist sentiment in the most developed countries on earth.

Still, worldviews can be a stubborn thing, forming as they do during the warm impressionability of late adolescence and early adulthood. The consequence, in this case, is a striking divergence between those who came of age in the irenic afterglow Fukuyama memorialized and those who only know the menacing turbulence of the past 18 years. The latter group, which includes more or less anyone under 35, better accepts the challenges of a radically uncertain future because nothing they have experienced in their own lives has given them reason to believe things would ever be any other way. This puts them at odds with the elite members of the two generations preceding them. They assumed that the world had basically solved all of its major problems such that we could get on with the business of living. For these individuals, the past two decades seem like a bracing departure from the future promised them rather than a return to the routine of disruption that has always characterized human life.

This great divergence in worldviews—between a group bewildered that we haven’t gotten things back on track and another that is too busy figuring out the road ahead to litigate whether the track was ever so reliable in the first place—increasingly colors our civic discourse, which of late has shown itself favorable to substantial interventions to “correct” the tendencies of capitalism. Naturally, such interventions are especially vexing to those who adhere to a maximalist view of capitalism’s promise, for the more problems capitalism is assumed to address, the more any intervention can only be assumed to be counterproductive.

Fairly or not, Adam Smith is often regarded as the intellectual godfather of the maximalist view of capitalism’s promise (which, in turn, commends a minimalist approach to politics). As Smith said in The Wealth of Nations of what he famously called “the obvious and simple system of natural liberty”:

Every man, as long as he does not violate the laws of justice, is left perfectly free to pursue his own interest his own way, and to bring both his industry and capital into competition with those of any other man, or order of men. The sovereign is completely discharged from a duty, in the attempting to perform which he must always be exposed to innumerable delusions, and for the proper performance of which no human wisdom of knowledge could ever be sufficient; the duty of superintending the industry of private people, and of directing it towards the employments most suitable to the interest of society.

It is important to note that, for Smith, the superpower of this system is merely the ability to efficiently price and, thereby, allocate goods and labor. There were plenty of other concerns beyond its ken that the sovereign or some other political authority would need to address, such as the funding of public education, the amelioration of oppression, and the maintenance of public institutions—all responsibilities Smith details.

Still, even beyond its practical application, the reallocation of such an essential part of community life (economic affairs) from the deliberate orchestration of central authorities to the inadvertent ministry of every marketplace participant has had two lasting consequences, one technical, the other broadly psychological. As a technical matter, that markets proved so powerful in economic affairs suggested that their efficacy might extend to other realms that didn’t seem essentially commercial in nature, further relieving government officials of the trouble of attending to them. Psychologically speaking, the more that managing a community didn’t require self-conscious endeavors but, instead, the pursuit of blinkered self-interest, the more the ability to intelligently engage in debates about civic life deteriorated. Indeed, if, as the ironic logic of the invisible hand holds with respect to self-interested pursuits, the common good goes on behind our backs, coming about not because of our express intentions but despite them, there was simply no need to spend much time thinking about the obligations of citizenship. On the contrary, they would be best discharged by diligently attending to the needs of bank account and belly.

By a means slightly different from Fukuyama’s vision, such assumptions about how exactly a nation functions put individuals beyond ideology. Indeed, the questions that have kept philosophers and politicians alike debating late into the night for ages have all been neatly resolved by an invisible hand. Liberté, égalité, fraternité may stand aside in favor of “economic calculation, the endless solving of technical problems, environmental concerns, and the satisfaction of sophisticated consumer demands.”

And yet, if the promise of capitalism proves more limited, the debilitating consequences of a postideological disposition for one’s critical faculties comes into full view. Like any muscle that has not been flexed, the capacity to assess the necessities of civic life atrophies, and one becomes a citizen in name only. She cannot debate the meaning of that role with any subtlety or historical perspective.

Such limitations are especially perilous for business professionals. Not only are such individuals far more susceptible to a blind faith in the invisible hand, but so much of the angst of the present moment revolves around doubts about capitalism and the questions they raise:

These are just some of the questions business professionals will face in the years to come, to say nothing of those noncommercial questions of custom and culture that Fukuyama mistakenly concluded had been resolved for the developed world once and for all.

Taken together, such matters should be of special concern to members of the business elite for three reasons. First, and most straightforwardly, public-policy decisions that affect how exactly our economic system works will directly shape the scope, practice, and viability of all business endeavors. Secondly, simply by virtue of their chosen vocation, business professionals, and especially graduates of superior MBA programs, are the face of capitalism, and they will not only be looked to for well-developed opinions on these issues; their actions and behavior will serve to advise others on the faith warranted in capitalism.