Inicio Governance Composing the board for competitive advantage 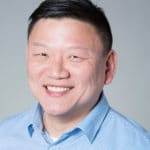 As organisations wrestle with the challenges of digital, business process and cultural transformation, their priorities are increasing efficiency, boosting productivity and creating a fertile environment for innovation.

While competitive advantages are sought at all levels of the organisation, businesses are increasingly starting at the top, scrutinising the performance and composition of the board of directors as a potential source of differentiation and success.

They are right to do so. The board’s role as guardian of stakeholder value and steward of corporate culture makes it one of the most important instruments a business possesses for enabling transformation. Thus, the board needs to be fit for purpose now and for the future, capable of adapting to the changing circumstances and challenges the company faces. This means addressing board composition and succession strategy in order to improve diversity and ensure the right mix of skills and perspectives are available to the organisation. Reflecting the swift pace of modern business, it also means that the board should be seen as an evolving instrument that must be regularly monitored to identify risk exposure and areas for improvement.

An increasing body of evidence suggests that, when it comes to business, diversity pays dividends. A study completed by global management consultancy McKinsey found companies that were in the top quartile for gender diversity were 21 per cent more likely to experience above average profitability.[1] Companies with the most ethnically and culturally diverse executive teams were 33 per cent more likely to outperform rivals on profitability. Even apart from the moral issues of equal rights and social justice, businesses can boost their competitive performance by increasing diversity. The recently revised UK Corporate Governance Code sought to enshrine a positive approach to improving diversity with the inclusion of the principle that appointments and succession plans ‘promote diversity of gender, social and ethnic backgrounds, cognitive and personal strengths’.

In 2011, the Davies review into female representation on boards set a target of seeing 25 per cent of FTSE 100 directorships held by women by 2015. By 2018, the figure had reached 27 per cent, indicating that a proactive focus on the issue bears fruit. Moving the conversation forward, the influential Hampton-Alexander review set a target of 33 per cent representation for women on FTSE 250 boards by 2020, and by autumn 2018, 70 companies had achieved it.

In spring 2019, there are now only three boards in the FTSE 350 that have no women directors, and there is a real hope that, by the end of the year, the era of all-male boards in the FTSE 350 will be at an end.[2] Nevertheless, while the numbers appear positive, a deeper dive shows that there is still a long way to go to see women wielding a genuine balance of influence in the boardroom. A study by Cranfield University found that, while there was an increase in the number of women being appointed to non-executive directorships, the number holding top board positions and leading influential committees fell in 2018.[3] Similarly, Spencer Stuart’s annual board survey found that, while 43 per cent of new non-executive director appointments in FTSE 150 companies went to women, there was a decline in the number of women in executive committee roles.

To meet the 33 per cent target in the FTSE 350 by 2020, the Hampton-Alexander review has calculated that half of all the available appointments must go to women. With companies required to address the shortfall of women in leadership roles under the terms of the new UK Corporate Governance Code, and the competitive benefits of diverse boards, it’s vital that companies enshrine a proactive approach to recruiting women to senior board roles in their succession planning strategies.

There may be a definite sense of momentum behind recruiting women to boards, but progress in improving ethnic diversity remains slow. Just eight per cent of directorships in the FTSE 100 are held by people from ethnic minorities and, of those, only two per cent are held by people from UK backgrounds, despite this group representing 14 per cent of the UK population. The 2017 Parker Review into the ethnic diversity of UK boards recommended that FTSE 100 boards aim to have at least one director from an ethnic minority background by 2021 and for each FTSE 250 board to do the same by 2024, in addition to developing pipeline career mentoring programmes to support BAME (black, Asian and minority ethnic groups) executives. In the year since the report’s publication, however, the number of FTSE 100 directorships held by people from BAME backgrounds has fallen slightly, showing that the needle is moving in the wrong direction if we are to see more diverse backgrounds represented in the boardroom.

While experience is one of the most desirable assets in a director and understandably comes with age, UK businesses are increasingly appointing older directors. The average age of executive directors rose to 54 in 2018, compared with 50 in 2008, while the average age of non-executive directors topped 60 for the first time. This may be indicative of a longer active working life, but organisations should be mindful that, as millennials become the largest group in the workforce, gaining insight into the priorities and perspectives of this influential segment is important and should be a factor in succession planning. In a recent CGLytics report on US boards, the data revealed a clear and positive correlation between the number of younger directors on the board and one-year company total shareholder return (TSR).[4]

The pace of technology development also means that older directors may not be as skilled in emerging areas of strategy and risk oversight that are now becoming vital elements of the boardroom skillset.

As we navigate the fourth industrial revolution, with its fusion of technologies blurring the digital, physical and biological spheres, the diversification of the board’s skillset is essential if the business is to fully reap the rewards of, and navigate the pitfalls inherent in, a rapidly changing world. While financial and legal expertise remain important cornerstones, business dependence on technology means that cybersecurity has become an essential element of organisational risk management.

The increasing compliance burden around data protection is an added factor that is elevating cyber risk management to the boardroom, meaning recruiting directors with skills in cybersecurity and business continuity is critical if businesses are to effectively understand and mitigate the associated risks. Furthermore, the advent of technologies, such as robotics, automation, AI and machine learning all have the potential to fundamentally alter the workplace and impact employee roles, creating new opportunities, but also making some functions redundant.

A growing focus on organisations’ social responsibilities means that boards need to bolster skills around HR management and corporate social responsibility to navigate the workforce challenges that are likely to arise. All of these skills should be incorporated into director recruitment initiatives and succession planning so the company has the expertise it needs to draw on when necessary.

The competitive benefits of improving board diversity should be enough of a carrot to encourage organisations to act, but if further stimulus were needed, the risks of director homogeneity ought to ring warning bells.

The most obvious risks for homogenous boards is groupthink, an absence of challenge and a stifling of innovation when it comes to problem-solving. If all directors have a cognitively similar approach, there is less chance that discussions will produce novel, and therefore competitively valuable, strategies.

Investor perception is another critical area where a lack of diversity is increasingly likely to be punished. Recently, Legal & General Asset Management stated that it would vote against chairs of FTSE 350 companies where less than a quarter of directors were female and stated its intention to penalise boards whose diversity initiatives were ‘lacklustre’. On the flip side of this, Legal & General also launched the GIRL fund, which favours companies that have achieved a higher level of gender diversity.

Low female and ethnic representation causes practical issues, too. Engaging with the company’s workforce is one of the key responsibilities of the board, an aspect that was strengthened in the new UK Corporate Governance Code. Understanding and supporting a heterogenous workforce is far more effective if the board reflects that diversity, meaning employees can engage with directors with whom they feel a connection. Otherwise, the board risks being viewed as an ivory tower that is out of touch and missing any common ground with the workforce.

There have been several recent examples where an absence of different perspectives has caused disturbing failures. Take the soap dispenser[5] whose automated sensor didn’t recognise black skin, or the health app that purported to track every metric of the user’s life but didn’t include the menstrual cycle.[6] These examples may be symptomatic of a wider lack of diversity in the technology sector, but improving diversity has to start at the top (i.e. in the boardroom).

An organisation that is tone-deaf to the diverse world in which it operates risks significant reputational and commercial damage, as well as missing out on the opportunities that broader oversight and more varied perspectives can unlock.

The currently low levels of diversity in boardrooms, taken alongside the proven financial advantages diversity delivers, means there’s a huge opportunity for businesses to gain an edge over their competition. By prioritising a review of board composition and recruiting directors with the backgrounds, experience and skillsets, forward-thinking organisations can deliver major benefits, compared with industry peers that fail to make this move.

Improving board diversity requires deliberate focus on widening the net of director recruitment to counter unconscious bias. In its Six Step Guide to Best Practice in Improving Board Diversity, the Equality and Human Rights Commission counsels against selecting candidates on the basis of intangible criteria such as ‘chemistry’ and ‘fit’, recognising that such subjective factors tend towards groups appointing people in their own image and, therefore, albeit subconsciously, stifling diversity.[7] The use of external selection consultants is also recommended in preference to reliance on word-of-mouth or the personal networks of existing directors. Big data is increasingly being used across all areas of business to deliver detailed insight and intelligence that helps organisations make better, more informed decisions and board succession planning should be no different.

Big data offers businesses a more objective and wide-ranging route to identifying future directors and it’s the basis of Diligent’s new Directors Network module. The module uses a rich set of independent data, provided by a leading data provider partner, giving boards access to the same data that is used for proxy filings. The data can be analysed to identify strengths and weaknesses in the composition, governance and skillset of the company’s own board, as well as offering an overview of competitive boards, so areas of comparative advantage or disadvantage can be identified and leveraged or mitigated as a result.

The module also provides a searchable global database of more than 200,000 C-level executive profiles, significantly extending recruitment reach beyond the company’s immediate ecosystem and providing a far richer and more diverse pool of potential candidates from which to draw, so that the company can gain the vital perspectives and skillset it needs to build a board that can function as a competitive edge as the business moves forward.

There’s undoubtedly much to be done to get the boards of businesses more representative of the society in which they operate. As Dominic Barton of McKinsey & Co comments: “Companies suffer a ‘knowing-doing gap’. Most executives know how strong the empirical evidence is that proves the link between fostering more diverse mindsets and achieving superior financial performance. But progress is still too slow.”

Conscious focus on building a more diverse board, ushered in by directives such as the corporate governance code and encouraged by institutional investor expectations, will combine to create more momentum. By spreading the recruitment net wider and utilising global data sources, organisations can identify the directors who will transform their board into a source of competitive advantage that delivers added value to the business.