Inicio Riesgo Putting a Price on the Risk of Climate Change 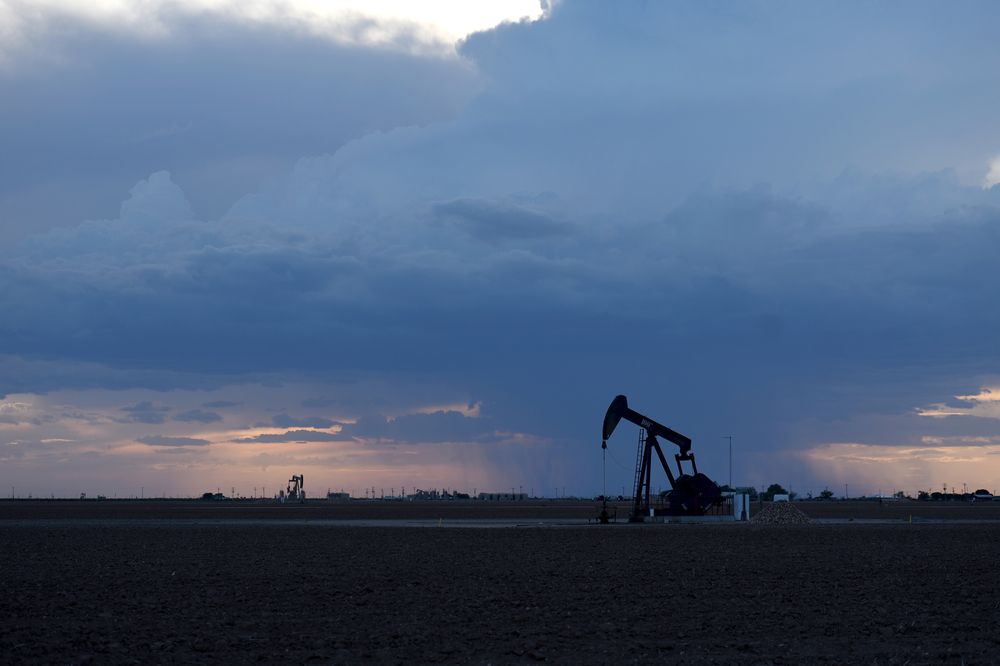 The top 10 energy companies are planning investments approaching $1 trillion by 2030, in everything from finding and tapping new fields to equipment ranging from drones to drilling rigs. If the oil and gas business rolls along as it has for the past century, those projects will likely pay off in fat profits for shareholders. But some analysts and investors warn that the value of much of that infrastructure risks falling to zero.

If governments make good on tough targets for cutting greenhouse gas emissions, consumption of carbon-based fuels will fall, and prices would soon follow. The viability of hard-to-reach developments such as deep-sea sites would drop even more rapidly—becoming what some are calling “stranded assets.” The basic idea is that it makes no sense to spend $40 extracting a barrel of oil you can sell for only $35. Which would mean a lot of investment will have been wasted.

“The industry needs to be planning for lower prices, and it’s not at all clear that’s happening,” says Natasha Landell-Mills, a fund manager at Sarasin & Partners in London. She says big oil companies assume a price of about $75 a barrel when assessing the value of their infrastructure, yet crude has averaged $62 over the past five years.

Facing growing pressure for change, oil companies, automakers, and consumer-product manufacturers have said they’ll fund a campaign advocating a U.S. tax on carbon dioxide emissions. And at the annual meetings of Exxon Mobil Corp. and Chevron Corp. on May 29, shareholders will vote on measures to establish board committees that address climate change issues.

But under proposals that would limit temperature increases to 2C (3.6F)—which the United Nations says is necessary to avoid the worst effects of climate change—taxes and restrictions aimed at encouraging a shift to electric cars and away from coal-fired power plants could hammer sales of fossil fuels. A drop in consumption of coal, oil, and gas would have knock-on effects felt throughout the global economy, potentially spurring a decline in the value of companies sitting on stranded assets.

About a third of the almost $5 trillion in planned fossil fuel capital investment from 2018 to 2025 risks being rendered near-worthless under policies that achieve the 2C target, according to Carbon Tracker, an environmental group that advises institutional investors. It coined the term “stranded asset,” not to argue against such policies, but to get financial markets to consider the economic risks of climate change. (Carbon Tracker has received support from the charitable foundation of Michael Bloomberg, the majority owner of Bloomberg LP, which publishes Bloomberg Businessweek.)

The key to action is policies that prod investors and executives to change the status quo, says Sasja Beslik, head of sustainability at Nordea Asset Management. “We need to get this to work for the short term,” Beslik said at a May investment conference in London. “The more we talk about the long term, the more we continue doing exactly what we’ve been doing.”

With faster action to address climate change, fewer companies would invest in what would become stranded assets. A delay would mean more money spent on projects that turn out to be unnecessary, and meeting the goal would require more urgent and more costly measures—and not only for energy companies. Implementing the needed measures today would cost the globe’s 30,000 biggest companies $4.3 trillion over the next 15 years, but waiting another decade to impose stricter limits on carbon output would boost that to $5.4 trillion, according to the UN Environment Program Finance Initiative, a collaboration with institutional investors.

Most investors are paying scant attention, says Anna Howell, oil and gas partner at law firm Gibson Dunn & Crutcher LLP. She says money continues to pour into the industry, and there are still plenty of deals. “I don’t see that fund managers or companies are finding oil and gas investments difficult,” Howell says. Meanwhile, energy companies say they’re confident their investments make sense. Exxon sees “little risk” from declining oil and gas demand even in a scenario where policymakers limit global warming to 2C above historical norms, the company said in its 2019 Energy & Carbon Summary.

The “core frustration” is a lack of clear government policy, says Nick Stansbury, head of commodities research at pension manager Legal & General Group Plc in London. “The energy system has to be changed far, far faster than ever before,” he says. “We don’t think that risk is necessarily well-priced by the market.”

The Earth has already warmed by 1C, and further inaction will be devastating, says Remco Fischer, who oversees the UN group’s proposals on climate change. So the initiative is trying to enlist the financial community in a bid to spur more action from government. “Because they’re economically savvy, they have a certain credibility,” Fischer says. “When they speak out, they’ll be listened to.”

Some energy companies are starting to take action, albeit slowly. BP Plc assumes a tax on carbon emissions of $40 per ton in evaluating the profitability of projects it’s developing around the world, vs. the current European Union level of $28 per ton. Royal Dutch Shell Plc has said it’s made changes to spending plans to reduce the risk of having assets that are uneconomic to operate; for example, it’s investing in cleaner natural gas-fueled power stations to fill the gaps left by solar and wind plants, which typically produce power only intermittently. And Norway’s Equinor ASA is seeking a way to store CO₂ deep beneath the North Sea.

Still, it will take decades for the economy to wean itself from fossil fuels. And that, says Tor Martin Anfinnsen, Equinor’s marketing and trading chief, means the industry will continue investing. There’s “always a risk” oil companies will regret some big projects, he says. “But while we see well-supplied markets and low gas prices now, there are also fields that will be depleted that need to be replenished.” Analysts and activists concerned about climate risk are trying to give energy companies a signal that it would be in their interest to slow down.